On the margins of a North Atlantic Treaty Organization gathering in Madrid on June 30, President Yoon Suk-yeol and his British counterpart, Boris Johnson, adopted the framework for cooperation in politics, trade, security and other areas.

During Monday's talks, Shin asked for Britain's support for the South's policy for North Korea's denuclearization and the establishment of peace on the Korean Peninsula.

Goldie said that Britain, a permanent member of the U.N. Security Council, will actively cooperate with the South so as to contribute to fostering a "sustainable" peace on the divided peninsula, according to the ministry.

Goldie also expressed Britain's hope for stronger defense cooperation with the South, portraying Seoul as a regional strategic partner for its efforts to expand engagement in the Indo-Pacific region.

The two sides also discussed the war in Ukraine, personnel exchanges between the two countries' defense ministries and the expansion of cooperation in emerging security areas, such as cyberspace and outer space, the ministry said. 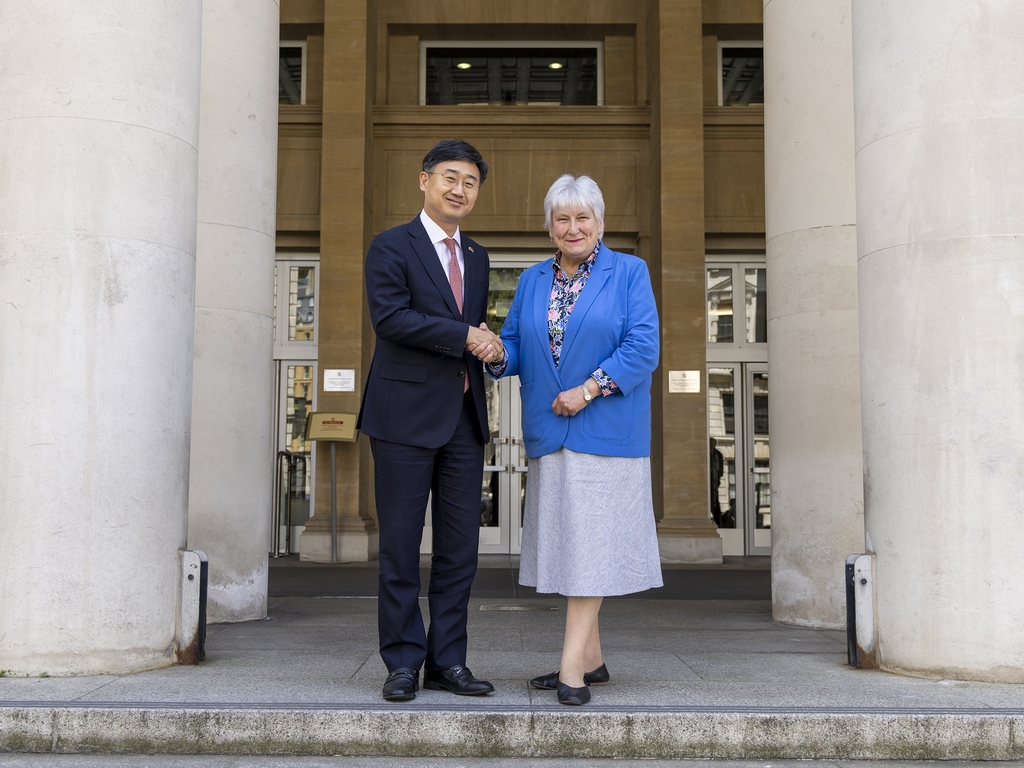