WASHINGTON, July 20 (Yonhap) -- The names of over 40,000 fallen soldiers etched on the Wall of Remembrance is physical proof of the strong U.S.-South Korea alliance that will forever remind people of what their freedom costs, former U.S. Forces Korea commander John Tilelli said of the latest addition to the Korean War memorial in Washington.

The wall, bearing the names of the 43,808 U.S. and South Korean soldiers who made the ultimate sacrifice in the Korean War, will be dedicated next Wednesday, marking the 69th anniversary of the end of the 1950-53 war. 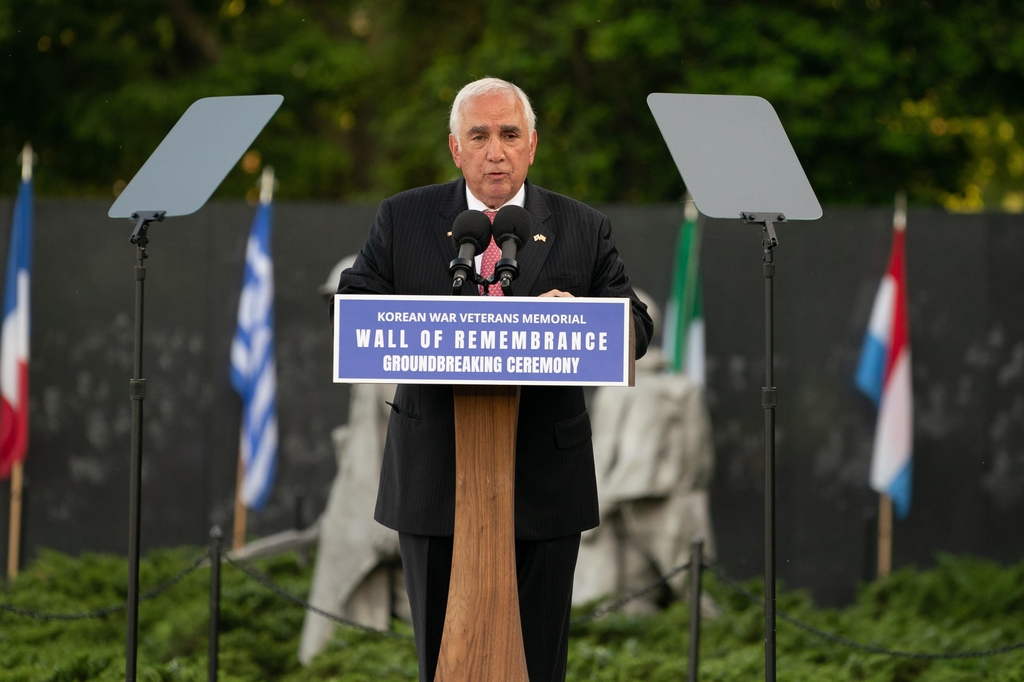 "It will be a physical manifestation of the strength of the ROK-U.S. alliance," said Tielli, currently the chairman of the Korean War Veterans Memorial Foundation.

"It will educate the over 4 million visitors each year (to the Korean War Veterans Memorial) on the cost of freedom and war, and most importantly, it will pay homage to the brave men who defended South Korea's people from aggression and ensured their freedom," he added.

The Wall of Remembrance will be the latest addition to the Korean War Veterans Memorial on the National Mall in Washington, nearly three decades after the memorial was dedicated on July 27, 1995.

It displays the names of some 36,600 American soldiers killed during the war, along with those of 7,174 Korean Augmentation to U.S. Army personnel, better known as KATUSA.

"For the families of the fallen, we hope that having their loved one's name displayed among their brothers in arms on the Wall of Remembrance brings them a sense of peace and will forever recognize that 'Freedom Is Not Free,'" Tilelli told Yonhap News Agency in a recent interview. 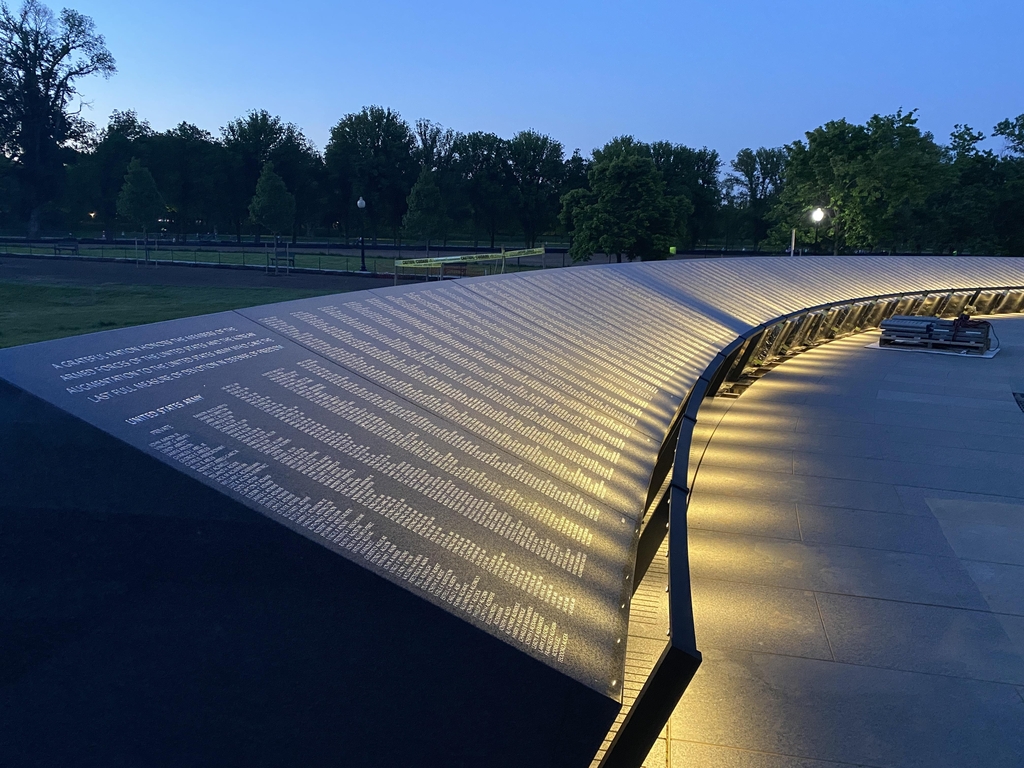 The former USFK commander said the Wall of Remembrance will also represent the long history of the strong alliance between the United States and South Korea that he said "continues to preserve freedom and democracy successfully."

Tilelli noted the South Korean government and the people of South Korea funded the "overwhelming majority" of the cost to build the wall to "further highlight this alliance."

"The alliance between the ROK and U.S. remains strong and is vital in maintaining peace in the region," he said. "Our hope and prayers are that the people of North Korea will one day soon be free from their dictatorship regime."

Tilelli said the Korean War Veterans Memorial Foundation will continue to remember, honor and preserve the legacy of Korean War veterans when asked about the organization's future projects.

The construction of the Wall of Remembrance comes nearly six years after U.S. Congress authorized the newest addition to the Korean War Veterans Memorial in October 2016.

(Yonhap Interview) Wall of Remembrance a reminder that freedom is not free: Tilelli

(Yonhap Interview) Wall of Remembrance a reminder that freedom is not free: Tilelli