Yellen made the call in a speech after touring an LG Chem battery facility in western Seoul, as the U.S. seeks "friend-shoring" to diversify supply chains with its trusted economic partners in order to help ease inflationary pressure and resolve supply bottlenecks.

"Working with allies and partners through friend-shoring is an important element of strengthening economic resilience while sustaining the dynamism and productivity growth that comes with economic integration," Yellen said. 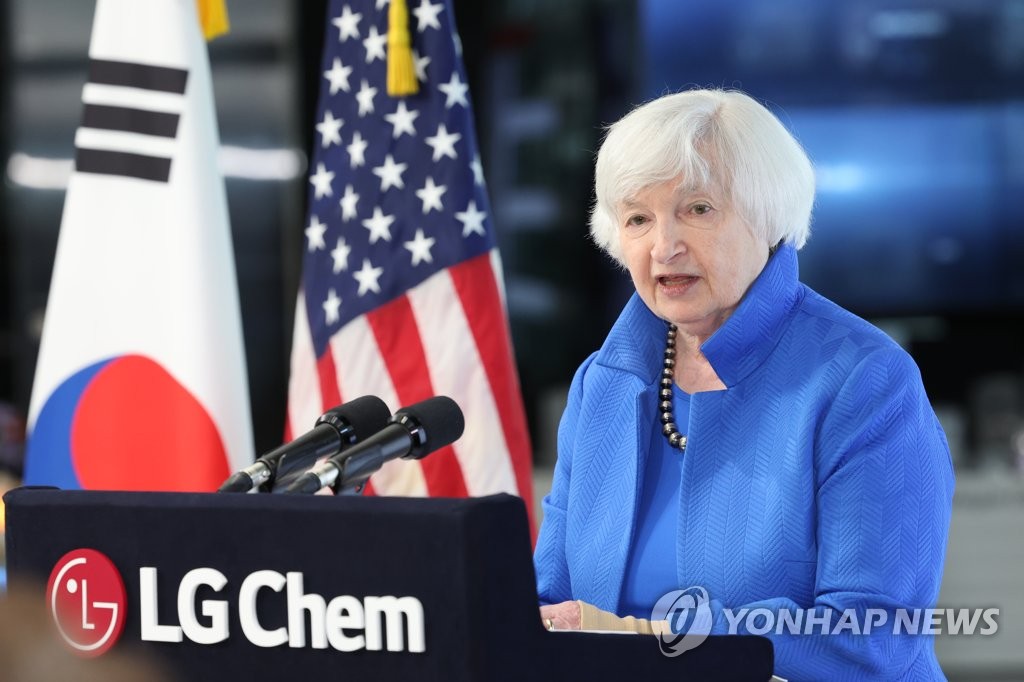 Yellen has championed "friend-shoring" to build more stable supply chains in a bid to reduce dependence on China for supplies of semiconductors, batteries and other key industrial materials.

China has "directed significant resources to seek a dominant position in the manufacturing of certain advanced technologies, including semiconductors, while employing a range of unfair trade practices to achieve this position," she said.

"We cannot allow countries like China to use their market position in key raw materials, technologies or products to disrupt our economy or exercise unwanted geopolitical leverage," Yellen said, raising the need to lessen the risks from the "overconcentration" of key supplies in "unreliable countries."

Yellen also called a proposed price cap on Russian oil exports "the most powerful tool" to address high energy costs and called for its allies and partner countries to join the move.

She condemned Russia for weaponizing economic integration and vowed to impose "harsh consequences" on those countries that abuse or break the international economic order.

Yellen apparently chose LG Chem as the first stop of her three-day trip to South Korea in a bid to deliver a message of ensuring stable supply chains.

South Korean battery maker LG Energy Solution Ltd., an affiliate of LG Chem Ltd., has been aggressive in investing in building battery factories in the U.S.

LG Energy Solution operates its own factory in Michigan and another in Ohio with General Motors Co. (GM). Construction for two other factories, being jointly built with GM, is under way in Tennessee and Michigan, respectively.

LG Chem CEO Shin Hak-cheol said his company is considering setting up a cathode manufacturing plant in the U.S.

"Collectively, battery-related investment for localizing our supply chain in the U.S. is expected to exceed US$11 billion by 2025," he said.

Yellen held a meeting with Bank of Korea Gov. Rhee Chang-yong later in the day and emphasized that the two countries "share many values and common economic relationships and expressed hope for further deepening the ties. She also plans to meet with Finance Minister Choo Kyung-ho.

When asked about whether the U.S. will discuss additional sanctions against North Korea and the issue of opening a currency swap line with South Korea, Yellen did not comment. 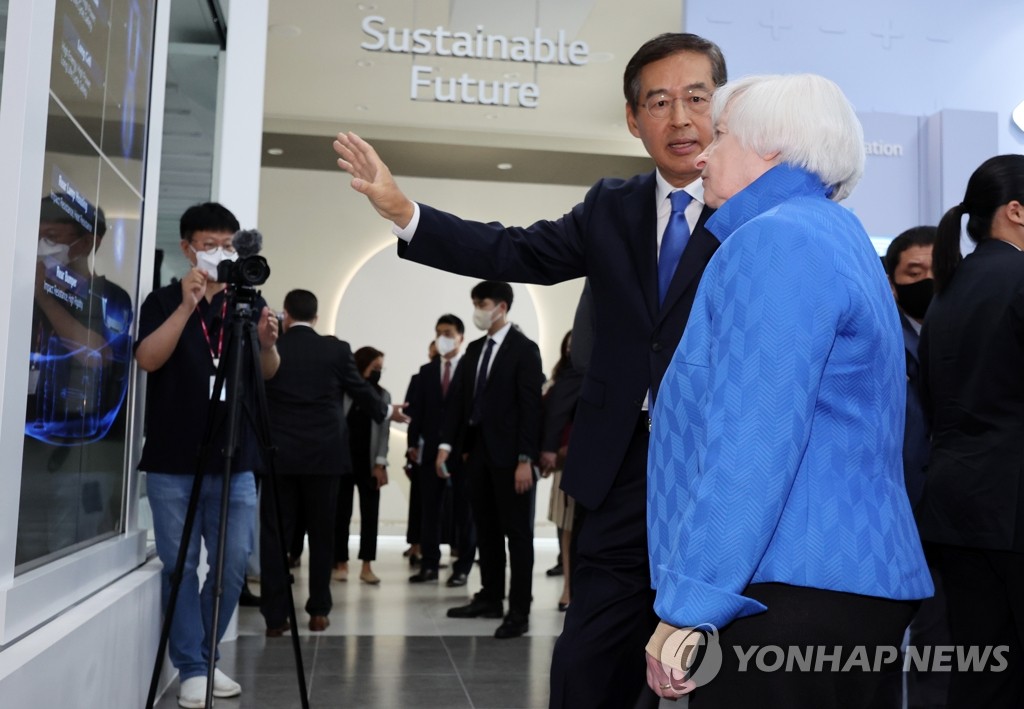