By matching his own national record at 2.35 meters, Woo finished as the runner-up to Mutaz Essa Barshim of Qatar at the World Athletics Championships at Hayward Field in Eugene, Oregon, on Monday (local time). Barshim won his third straight title at 2.37m. Andriy Protsenko of Ukraine got the bronze at 2.33m. 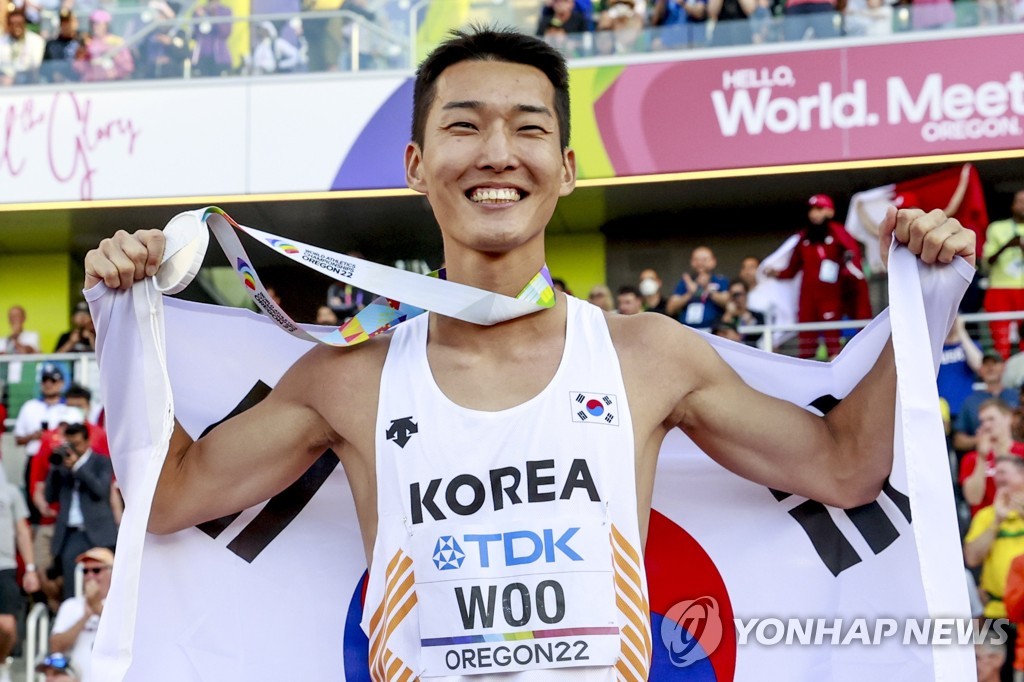 Woo, 26, was trying to become the first South Korean to capture an outdoor world title in any track and field event. Woo won the indoor world championship in March this year, also a first for South Korea.

Woo's silver is still the best showing by a South Korean at the outdoor worlds. He has joined race walker Kim Hyun-sub as the only two South Korean medalists at this event. Kim finished sixth in the men's 20km race walk in 2011 but moved up to bronze after athletes ahead of him failed doping tests.

If Woo was disappointed that he didn't win the gold, he didn't show it.

"This is a historic day. I feel great," Woo said in an interview with the Associated Press Television News. "This is just the beginning for me. I have more world championships and Olympics coming up. I will try to win a gold medal and create an even more historic day in the future."

In a statement provided by the Korea Association of Athletics Federations (KAAF), Woo gave credit where it was due: to Barshim.

"I did my best today, but I admit Barshim was the better athlete," Woo said. "I am going to work even harder and go for gold medals at the 2023 world championships and 2024 Olympics." 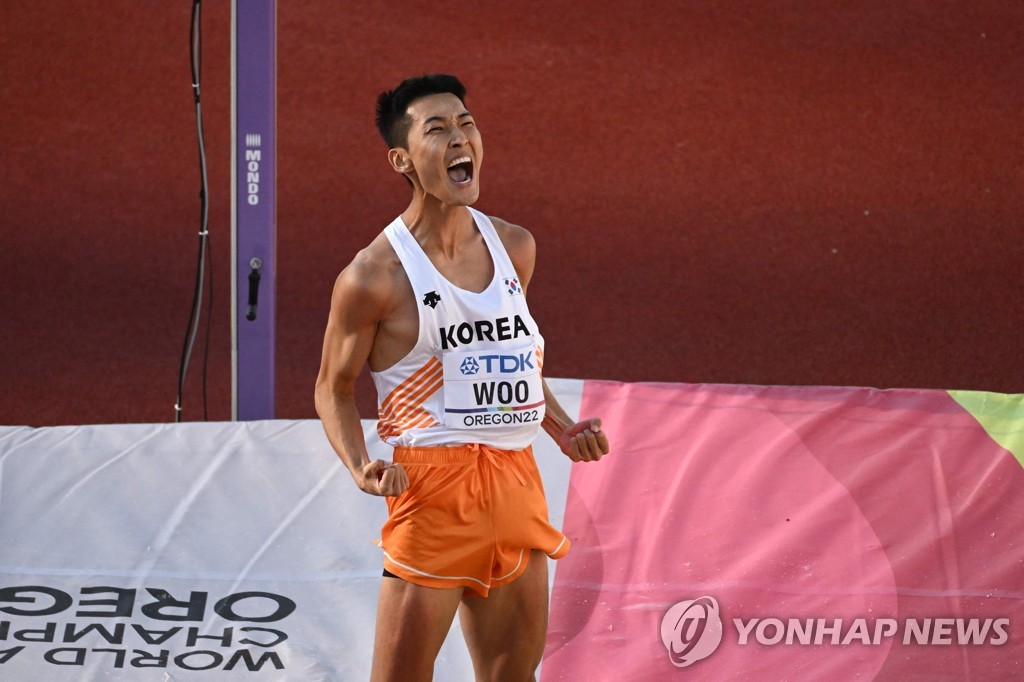 Woo was among four jumpers who tied for first place in the qualification round at 2.28m.

With a few jumpers knocked out early, Woo cleared 2.30m with room to spare on his first attempt. A handful more jumpers were sent packing at 2.30m, and Woo and only four others were left standing.

Now going for 2.33m, Woo touched the bar on his way up on the first attempt. He came a bit closer on the second try, but the bar dropped after his legs clipped it.

On the brink of elimination, Woo cleared 2.33m on his final attempt to match his season best.

Among the final five, only Andriy Protsenko of Ukraine and Mutaz Essa Barshim of Qatar cleared 2.33m in one try. Gianmarco Tamberi of Italy, a co-Olympic champion with Barshim in Tokyo last year, joined them after two attempts. 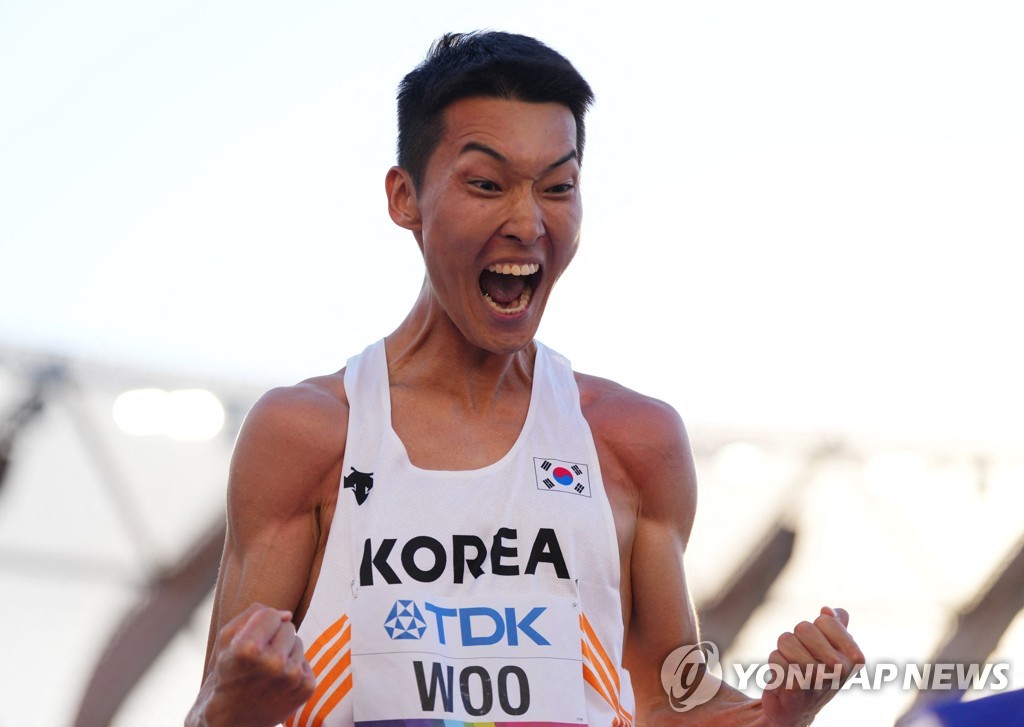 Woo was the first jumper to take a crack at 2.35m and failed on his first jump. Moments later, Barshim became the first to clear that height this season, while Protsenko and Tamberi also missed out on their first attempts.

Woo joined Barshim on his second try and equaled his own South Korean record at 2.35m.

Tamberi was gone after three consecutive misses at 2.35, leaving only Woo, Barshim and Protsenko. A medal was guaranteed for Woo at that point. 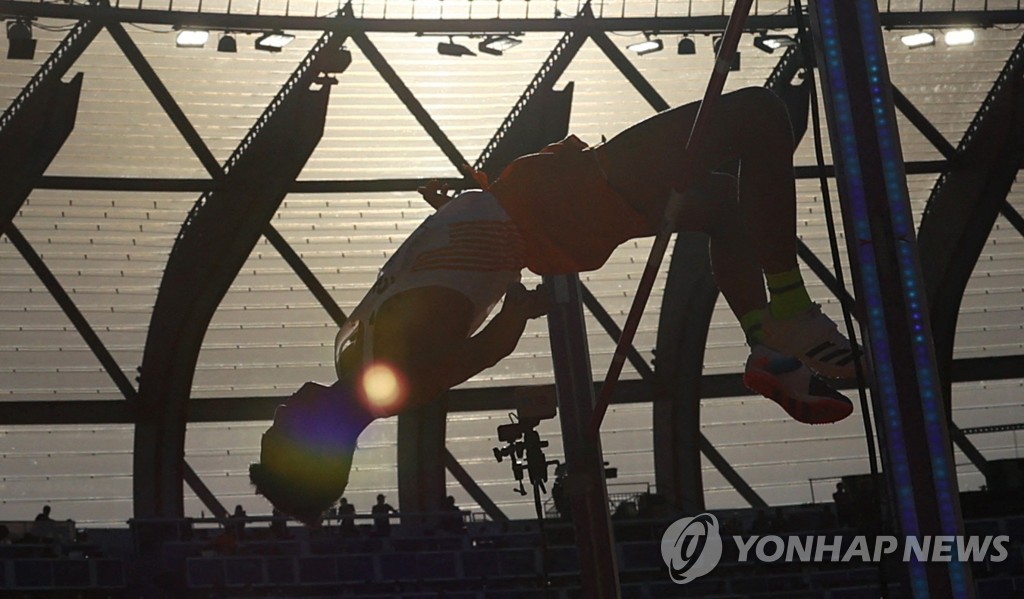 With the bar raised to 2.37m, Woo missed badly on his first jump. Protsenko, who had missed 2.35m twice, went for 2.37m in his last-ditch attempt to stay alive. The Ukrainian jumper failed, and Woo and Barshim were now competing for gold.

Barshim, who didn't have a single miss in the final, stayed perfect by jumping over 2.37m in one try.

The pressure was squarely on Woo, who decided to go for 2.39m. The South Korean wasn't close on his first jump, and he again missed on his final attempt to settle for the silver medal. 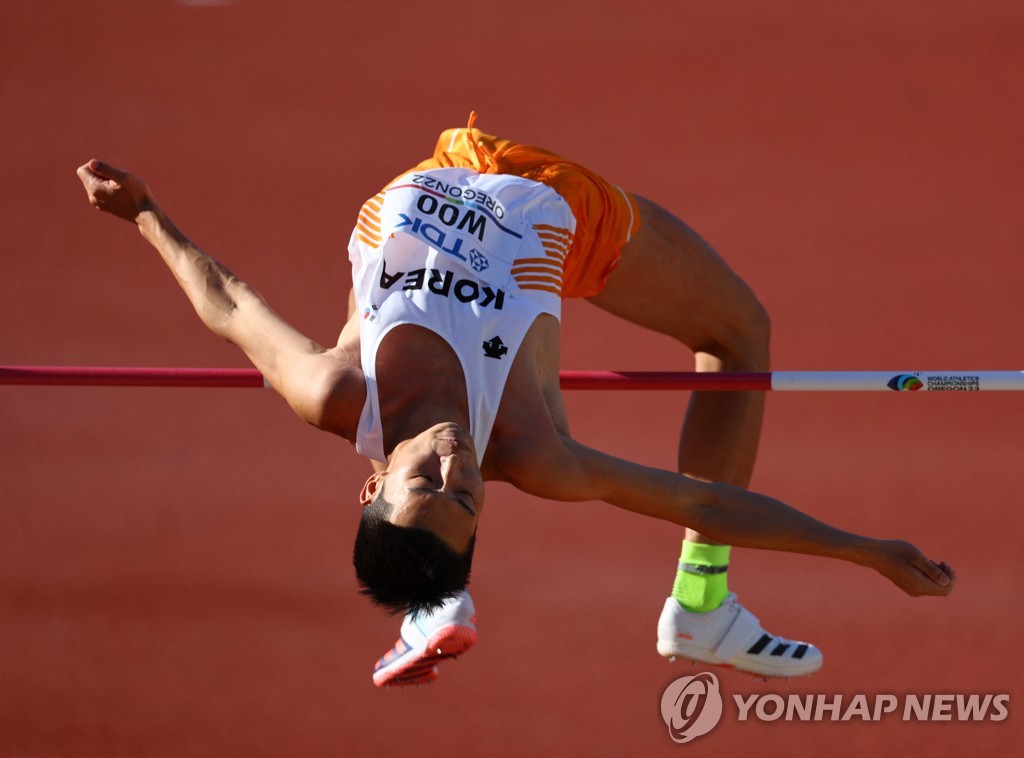