The plan came as the government is making a renewed push to support the semiconductor industry amid intensifying global competition over tech prowess and semiconductor supply woes.

Announcing a set of semiconductor workforce cultivation plans together with the finance, science and other government ministries, Park said the government will ease university admission quotas and other regulations to increase the country's current semiconductor talent pool of 177,000 to some 304,000 by 2032.

Under the envisioned deregulation, the government will allow universities to newly open or expand semiconductor-related departments on the condition that they have secured teaching faculties to be in charge.

Qualification requirements for professors in the sector will also be relaxed while 20 universities and graduate schools will be designated as those specializing in semiconductors, according to the education minister.

Under those measures, the annual number of student admissions for semiconductor-related education at occupational high schools, universities and graduate schools will be expanded by up to 5,700, the ministry predicted. 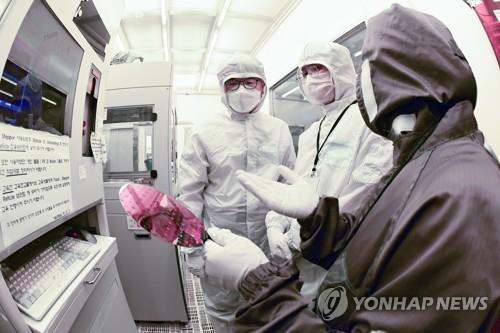 Gov't pushing to nurture 150,000 semiconductor talents over next 10 yrs

Gov't pushing to nurture 150,000 semiconductor talents over next 10 yrs