SEOUL, July 19 (Yonhap) -- The government of President Yoon Suk-yeol will actively push for the launch of a North Korean human rights foundation in line with the law, the presidential spokesperson said Tuesday.

"It hasn't been able to launch as the previous administration showed a passive attitude and the National Assembly did not recommend members of the foundation's board," Kang said. "The Yoon government plans to actively push for the launch of the North Korean Human Rights Foundation."

Last week, senior presidential secretary for political affairs Lee Jin-bok met with the acting chief of the ruling People Power Party and asked for his cooperation in quickly launching the foundation. 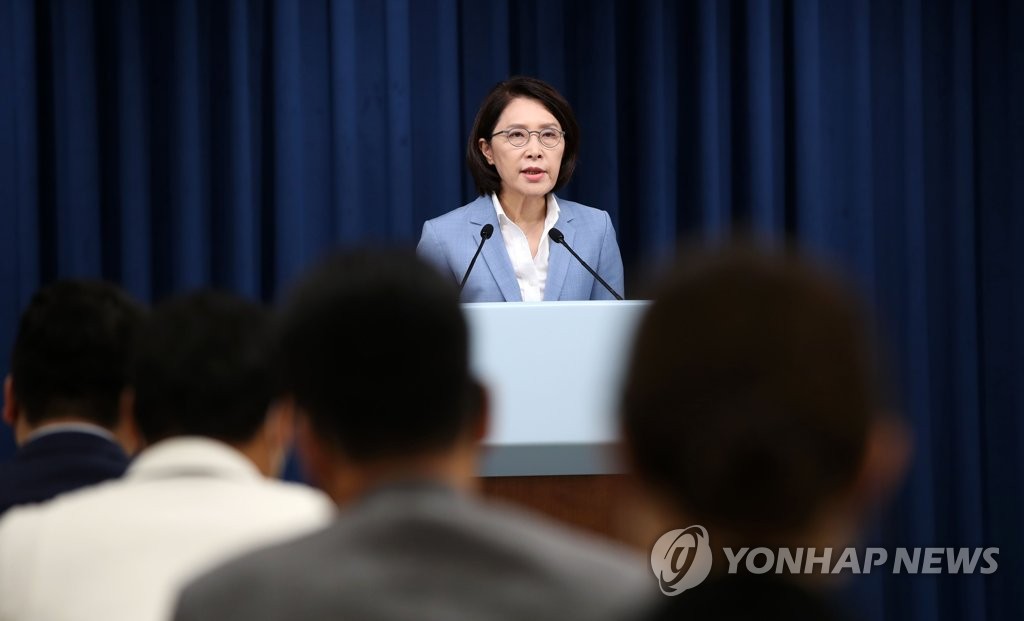 "The North Korean Human Rights Act is becoming a law in name only and the international community is continuing to raise an issue about it," Kang said, adding the Yoon administration plans to strongly urge the ruling and opposition parties to recommend board members as soon as they reach an agreement on the formation of parliamentary committees.

"If necessary, we're considering appointing the government's share of personnel first," she said.

Yoon approved the appointment of Lee Shin-hwa, a political science professor at Korea University, as the new envoy for North Korean human rights at a Cabinet meeting earlier in the day, filling a post that has been left vacant since September 2017.

"We believe this is a clear demonstration of the Yoon Suk-yeol government's will to take a leading role in improving North Korea's human rights situation in cooperation with the international community," Kang said.