Yellen is in the country for talks with her South Korean counterpart, Finance Minister Choo Kyung-ho, on a trip aimed at building resilient supply chains with trusted economic partners.

During her meeting with the president, the two talked about rising inflation, stabilizing global energy prices and resolving supply chain disruptions, the presidential office said. 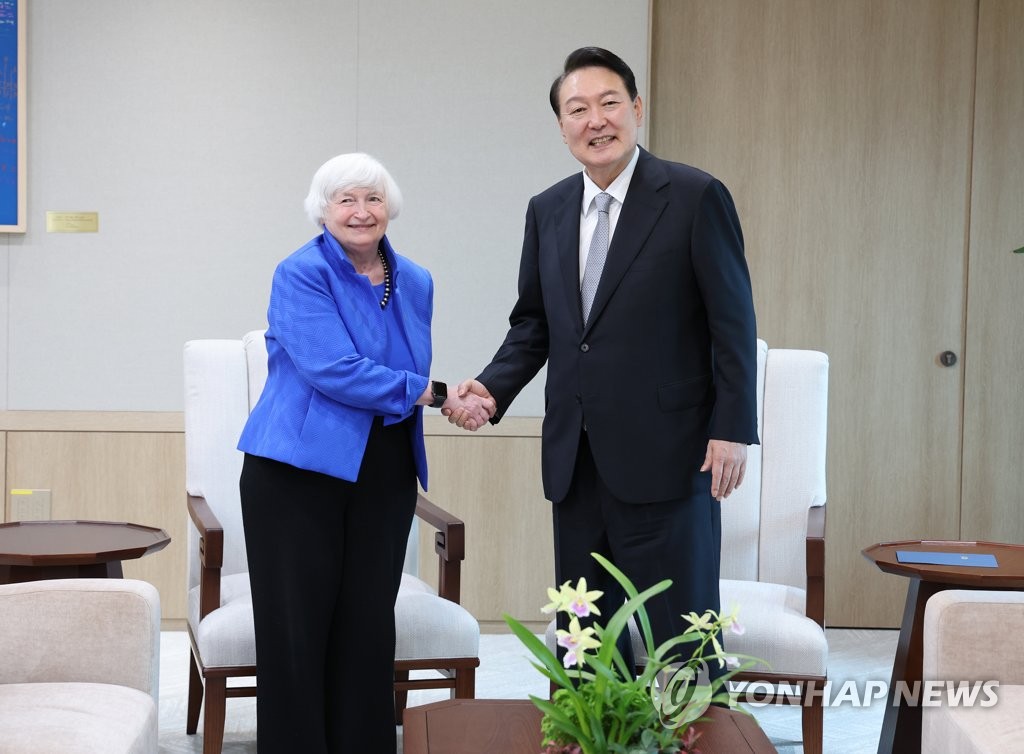 They also talked about Yoon and U.S. President Joe Biden's summit agreement in May to "consult closely on foreign exchange market developments."

"President Yoon asked that the two countries' authorities hold in-depth discussions on various forms of practical cooperation measures for the stability of foreign exchange markets from the perspective of strengthening the economic security alliance, in line with the spirit of the two leaders' agreement," his office said in a press release.

"Through this, he assessed that the security alliance between South Korea and the United States will be able to evolve beyond political and military security, and industrial and technological security, to economic and financial security," it said.

Yoon and Yellen agreed low-income and vulnerable social groups will be the hardest hit in the event of a post-pandemic global economic crisis and that the government's top priority will be to overcome the crisis of people's livelihood issues.

They did not, however, discuss the issue of imposing additional sanctions on North Korea, a presidential official said.