WASHINGTON/SEOUL, July 20 (Yonhap) -- South Korea's National Intelligence Service (NIS) Director Kim Kyou-hyun has made an unannounced visit to the United States amid concerns over the possibility of North Korea conducting a nuclear test or other provocative acts.

Kim was spotted walking out of Dulles International Airport on the outskirts of Washington, D.C., on Tuesday morning (Washington time) as his staff members held large umbrellas apparently to conceal the movement of the country's top intelligence official.

His visit came as Seoul and Washington have been cranking up security coordination amid speculation Pyongyang could further ratchet up tensions by carrying out what would be its seventh nuclear test.

The NIS refused to confirm Kim's visit to the U.S.

"Our principle is not to confirm where the intelligence agency chief is," an NIS official told Yonhap News Agency over the phone, requesting anonymity.

While in the U.S. capital, Kim is expected to focus on reinforcing deterrence against a provocative North Korea. 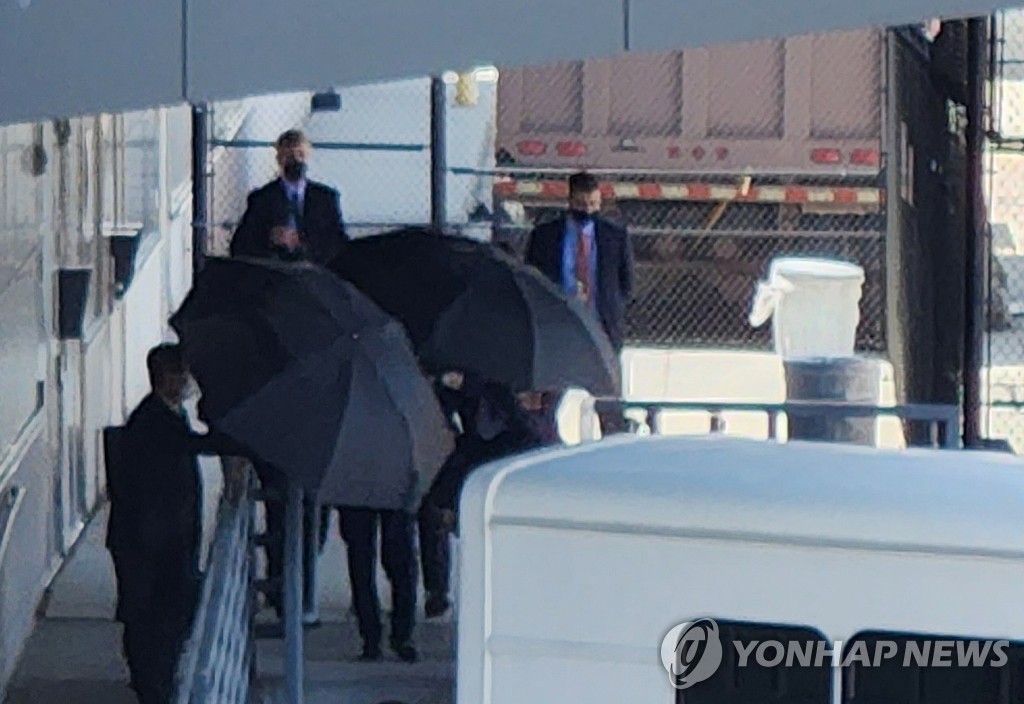