Eight years after the release of "Roaring Currents," which recounts one of the most spectacular victories in the history of naval warfare, director Kim Han-min has once again brought an excellent big screen treatment of a great naval battle led by Adm. Yi Sun-shin with its prequel "Hansan."

The new naval epic is spectacular with breathtaking and thrilling scenes of the historical Battle of Hansan Island on the southern coast of Korea in July 1592, when Yi defeated the overpowering Japanese force by luring its warships into his fleet's U-shaped crane-wing formation in a perceptive and intelligent tactic.

The film's fast-paced, punchy account of the historical information leading up to the battle helps viewers quickly immerse themselves into the story and understand the covert intelligence war that unfolds between the two sides before clashing in waters off Hansan Island. 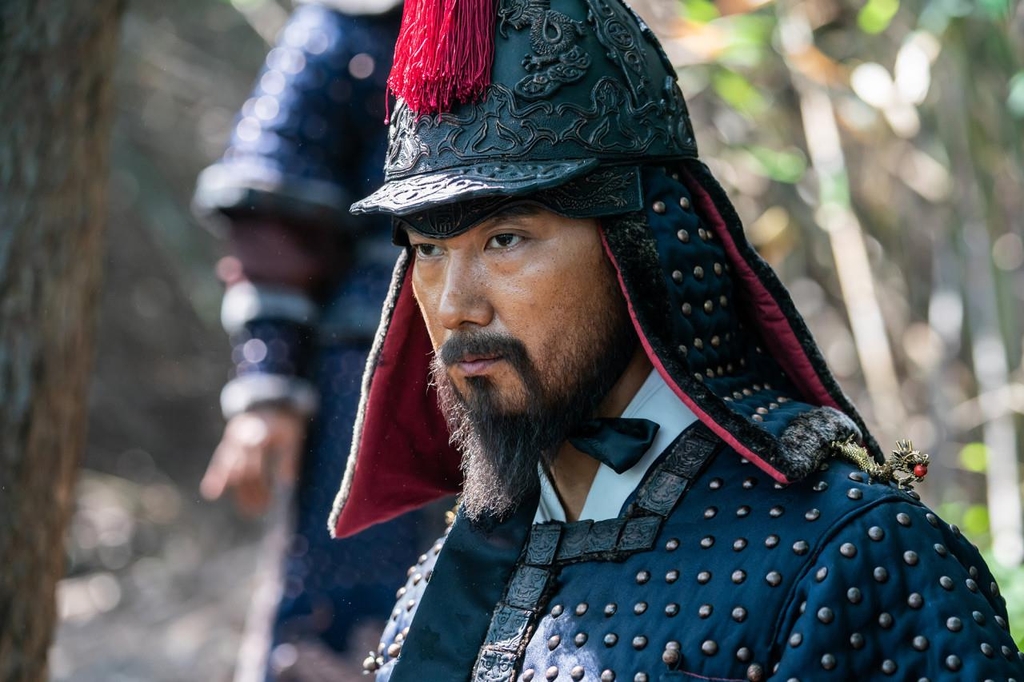 It is set five years before the Battle of Myeongnyang in "Roaring Currents" where Yi led 12 boats to victory against a Japanese fleet consisting of over 300 vessels.

As in the original film, director Kim spends an hour setting the stage for the battle, showing how elaborately the admiral makes his plans and cool-headedly judges the situation, while pouring all his energy and budget into the second half.

Adm. Yi (Park Hae-il) is unable to get a good night's sleep as he struggles to devise ways to improve his famous Geobukseon or "turtle ship," and strategies that can change the tide of the war after much of Korea was occupied at an early stage of the Japanese invasion of Korea (1592-1598). Yi drove many Japanese battleships away in previous campaigns of the war with the special warship that has cannon ports on all sides, a deck covered with iron spikes and a terrifying iron dragon head piece. But the heavy cover and iron dragon head slowed down the speed of the ship with the dragon head often stuck in the wooden warship of the opposing force, making it hard for the ship to escape after lodging an attack. 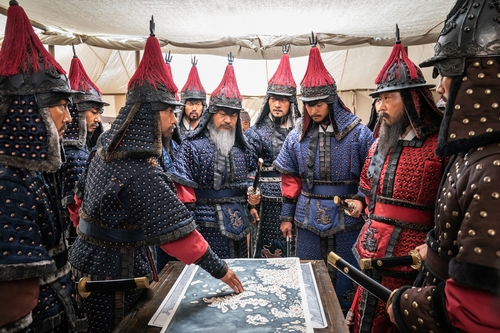 After experiencing a crushing defeat in his previous battle against Yi, the Japanese Adm. Wakizaka (Byun Yo-han) also prepares to combat the turtle ship by covering the hull of large warships with iron panels and loading them with cannons. Both sides send out scouts to see what the enemy is up to.

Realizing that important blueprints for the ship were stolen by a spy, Yi decides not to deploy the turtle ship this time. He then gets a hint for the famous crane-wing formation from a bad dream in which he was showered by flying arrows and trapped under a fortress.

The Korean film industry has seen great advances from a technical standpoint since the original film, so all naval combat scenes were shot from a set installed at an ice rink in Gangneung, adequately augmented with CGI techniques, the director said during the film's press screening event Tuesday. The VFX is so sophisticated that the chaos of war is palpable.

Including the two admirals, some of the characters of the original film also appear in the prequel but are depicted by all different actors.

Park Hae-il's Yi Sun-shin, who is younger than the character in the original film, feels more laconic, cautious, intelligent and generous than Choi Min-sik's.

The second installment of Kim's trilogy about battles led by the legendary admiral, "Hansan: Rising Dragon" will open in local theaters next Wednesday. 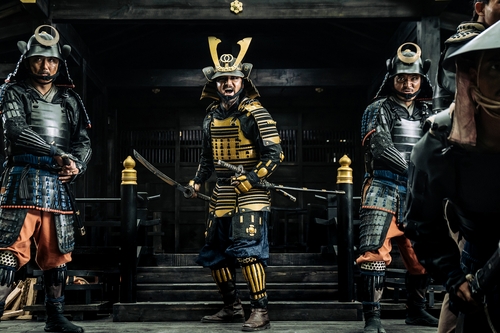