Launched in 2015, Cine Library is CGV's signature art and indie film-only theater, housing five screens with a combined 694 seats. It also has a collection of 11,000 books on filmmaking and cinema. 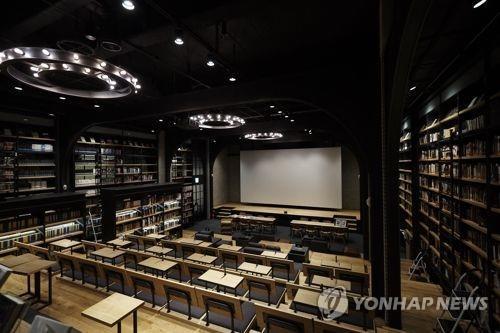 CGV runs the "CGV Arthouse" program devoted to art and indie films since 2004, setting up art house theaters or designating one or two screens to show only non-commercial art films at its branches.

But the company started to downsize the CGV Arthouse program and close non-profitable theaters last year as part of its large-scale restructuring plan to reduce the number of its branches by 30 percent.

With the closure of Cine Library, CGV will have 16 art house screens at 14 branches nationwide.

KT&G, South Korea's dominant tobacco company, had also suspended its philanthropic KT&G Sangsang Madang project in 2020 for about a year in the midst of the pandemic. It has financed a number of indie films and fostered up-and-coming film directors since the mid-2000s.

The moves came as the South Korean cinema industry is still struggling with a financial crunch stemming from the yearslong pandemic.

And the weak balance sheet is expected continue for upcoming quarters despite a rebound in ticket sales, as the pandemic winds down from the spring of 2022.