SEOUL, July 20 (Yonhap) -- South Korea should be cautious in deciding whether to participate in a U.S.-proposed chip alliance known as the Chip 4 or Fab 4, as potential ramifications could affect not only the country's semiconductor industry but the economy at large, Seoul's ICT minister said Wednesday.

Earlier, a source in Washington told Yonhap News Agency the United States has asked South Korea to inform Washington by end-August whether it plans to participate in the envisioned platform comprised of South Korea, Japan and Taiwan.

"I believe we need to be cautious" in deciding on the chip alliance matter, Science and ICT Minister Lee Jong-ho said at a press conference in Seoul when asked about the issue.

"If a problem arises (from the decision), it could affect not only the semiconductor industry but also affect other industries," Lee said, adding that he has collected opinions on the matter, including from people that do business in China.

The minister said a decision on whether to join the alliance should be reached after making "cool-headed" assessments on the pros and cons. 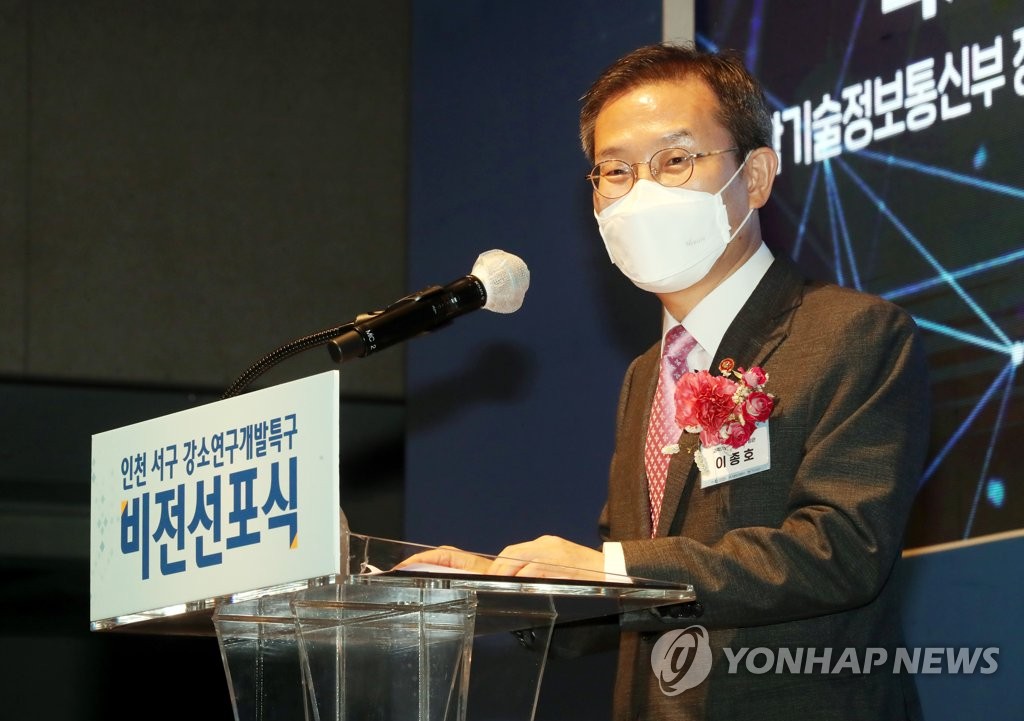