CJ CGV, the country's largest multiplex operator, opened a new IMAX screen at its theater in Cheongju, some 109 kilometers south of Seoul, earlier this month.

It is the chain's 18th IMAX auditorium, known for large screens with a tall aspect ratio and steep stadium seating.

The company is also planning to launch three more IMAX screens in Apgujeong in southern Seoul, Dongtan on the southern outskirts of the capital and Daegu, some 237 kilometers south of Seoul, later this year.

Last month, it also opened a new ScreenX theater at its Yeongdeungpo branch in southwestern Seoul. ScreenX is CGV's multi-projection cinematic platform that provides 270-degree panoramic images to audiences by expanding the display onto the theater's side walls.

The move came as moviegoers have been opting for premium formats more than before the yearslong COVID-19 pandemic.

According to box office data, revenues of IMAX formats amounted to 37.2 billion won (US$28.3 million) in 2019, accounting for 2.9 percent of the total sales. 4D theaters posted annual sales of 35.5 billion won with a share of 1.9 percent.

In the first six months of 2022, ticket sales of IMAX films reached 15.7 billion won, taking up 3.5 percent of the total revenues, while the percentage of 4D formats hit 2 percent with 9.1 billion won in sales.

Against this backdrop, a growing number of Korean movies have been released in such premium formats to ride on the trend. Only six homegrown films, including "Escape from Mogadishu" (2021), had been shown in IMAX until last year, since the action thriller "Sector 7" in 2011.

In 2022, three Korean films, including the sci-fi action fantasy "Alienoid," have already been released in IMAX, and at least two more flicks, like the upcoming historical war film "Hansan: Rising Dragon" and the disaster film "Emergency Declaration," will have IMAX releases.

"Recently, people prefer high-tech screens that give a more immersive cinematic experience in theaters after the pandemic," said a CGV official. "We will increase IMAX screens to lure more moviegoers who have started to come back to theaters as the pandemic winds down." 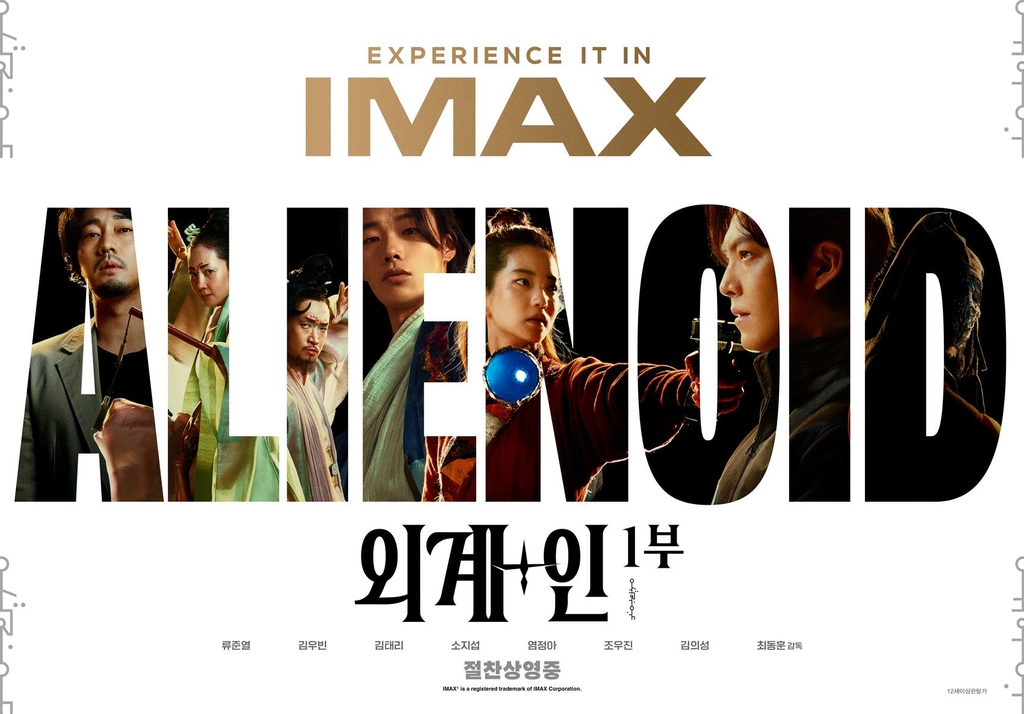