SEOUL, July 21 (Yonhap) -- President Yoon Suk-yeol said Thursday the people wish to see a quick end to a strike at Daewoo Shipbuilding & Marine Engineering Co. (DSME) and enabling that will be helpful to everyone.

Subcontract workers at DSME have been striking since June 2, occupying a shipyard on Geoje Island on the south coast and causing up to hundreds of billions of won in losses for the company.

Wage negotiations between the workers and management have yielded no breakthrough.

"Quickly resolving the illegal action and normalizing it is the wish of all the people," Yoon told reporters as he arrived for work. "And doing that will be helpful to everyone."

Yoon's remarks were more measured compared to two days ago when he hinted at the use of force.

"When it comes to industrial sites and labor-management relations, illegal actions by either labor or management should not be left unattended or tolerated," he said at the time when asked if he plans to use force to end the strike. "Besides, I think the people and the government have all waited long enough."

Yoon said his summer vacation plans also hinge on the situation at DSME, as Jeo Island, which was frequented by past presidents for their summer vacations, is located close to the shipyard. 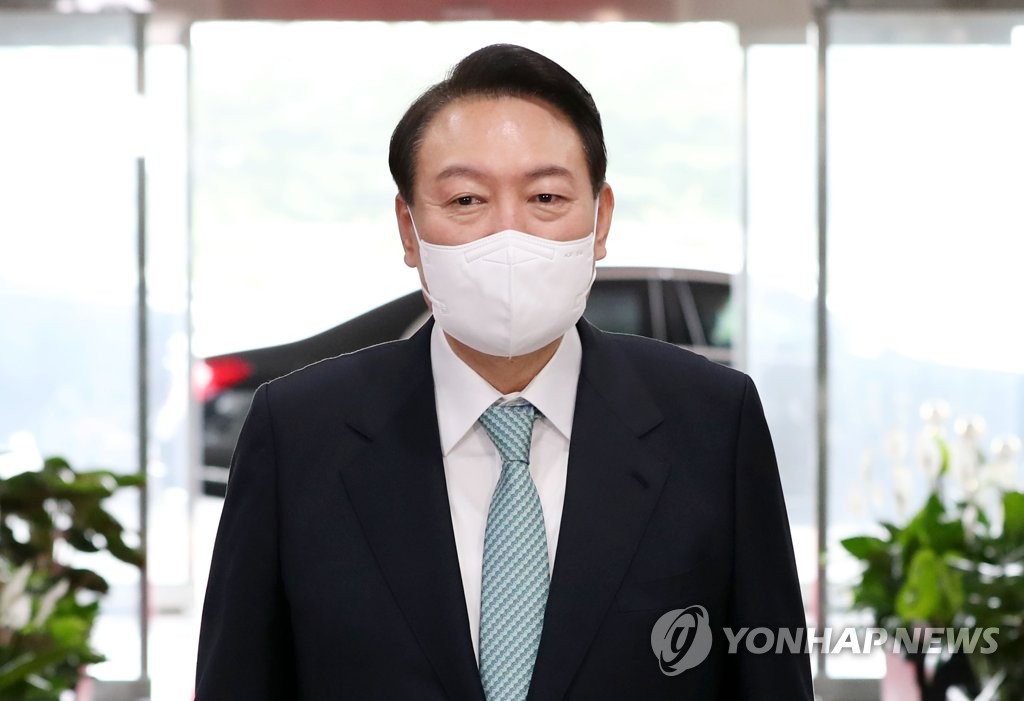