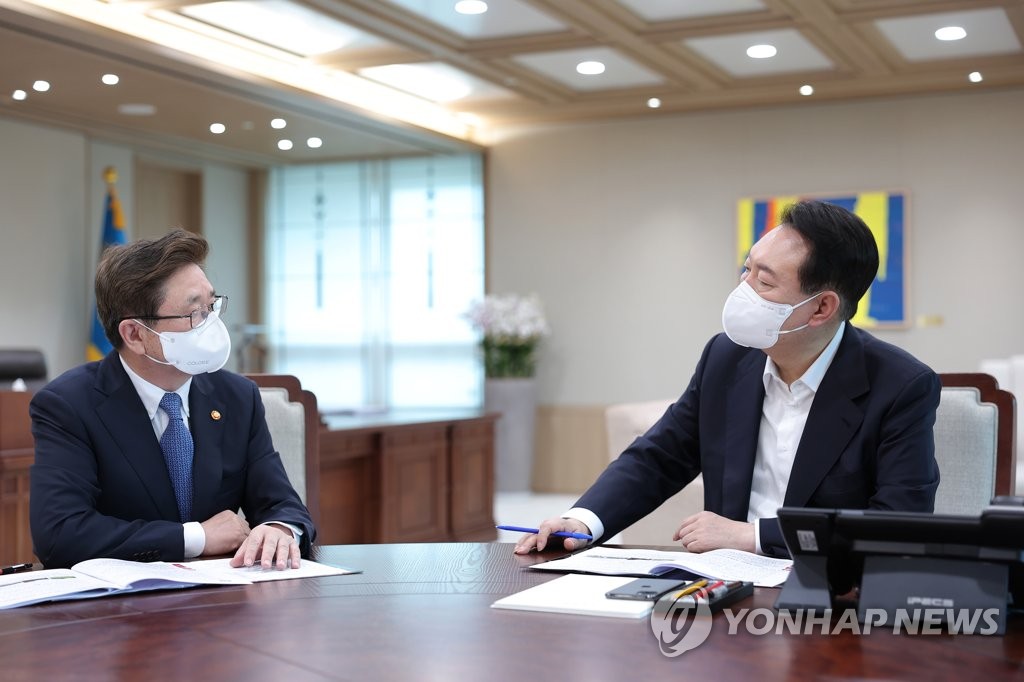 Yoon asked the minister to transform the Cheong Wa Dae compound into a cultural and art space displaying not only its existing collections but also other local works so that the people can easily enjoy them, deputy presidential spokesperson Lee Jae-myoung said after the meeting.

"The culture ministry's most important role is to ensure fair access to culture," Yoon was quoted as saying. "When executing the artwork purchase budget of the culture ministry and its affiliated organizations, actively look for disabled and rising artists, and make sure their works are purchased first."

Yoon further instructed the minister to secure more space for disabled, rising and young artists to display their works and perform on stage, and to significantly increase the size of the film promotion fund that was depleted during the pandemic.

The industry has already become a major sector of the country's exports with its total exports reaching $11.9 billion in 2020, far more than $7.3 billion for home appliances and $4.1 billion for display panels, according to the ministry.

For the film industry, the government will push to provide tax deductions for movie tickets and expand the scope of tax credits for film production. The culture ministry is also consulting closely with the finance ministry to increase the size of the public fund created to develop and promote the Korean film industry by 300 billion won (US$228.3 million) in the 2023-2025 period, according to Park.

In order to cultivate globally competitive homegrown streaming services, the ministry will create what it called a "drama fund" worth 40 billion won this year to help them create more original Korean series, as well as build two new film studios by 2023 and 2026, respectively.

The government will also support the development of virtual pop music performances and local showcases for emerging K-pop singers while seeking to spread the global boom of Korean culture known as "hallyu" to the metaverse, a network of 3-D virtual worlds focused on social connection, using new technologies. For this, the government will nurture 10,000 talents in the content industry in the next three years, according to the ministry. 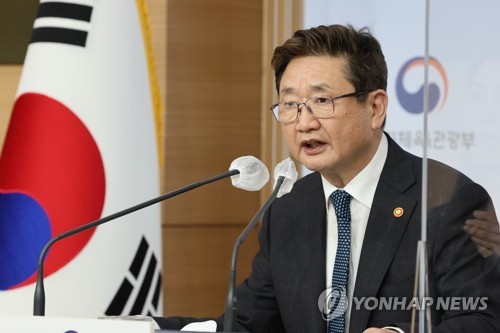