The country's national assets had come to 19,808.8 trillion won (US$15.08 trillion) as of the end of last year, up 11.4 percent from a year earlier, according to the national balance sheet from the Bank of Korea (BOK).

It marked the highest on-year growth rate since 2007, when national assets surged 13.3 percent.

The BOK attributed the increase mainly to a sharp rise in the value of non-productive assets, such as land and homes.

The central bank also estimated the country's per-household net assets at 544.8 million won in 2021, up about 8 percent from the prior year thanks to higher property prices.

Land, homes and other buildings took up 75.3 percent of local households' net worth, according to the data. 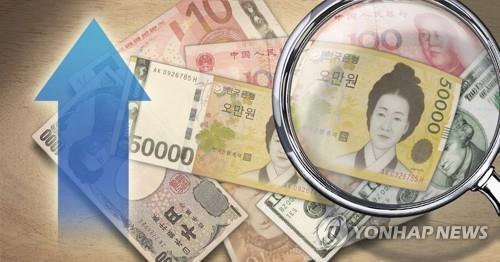