The exercise set for Aug. 22-Sept. 1 is likely to combine the computer simulation-based command post training, field maneuvers and Ulchi civil contingency drills -- a makeup tantamount to a revival of the Ulchi Freedom Guardian (UFG) drills.

The UFG was abolished in 2018 under the then liberal Moon Jae-in administration, as it remained keen on facilitating diplomacy with the North, which has decried the exercise as a war rehearsal.

On Wednesday, the interior ministry said the four-day Ulchi drills are scheduled to kick off on Aug. 22 -- an indication the drills have been timed to coincide with the allied summertime training.

Launched in 1968 following a North Korean commando raid in Seoul, the Ulchi exercise is designed to practice responses to possible emergencies, like cyberterrorism and an artillery attack.

Seoul and Washington have also been in talks on newly naming their upcoming exercise, the defense ministry here said.

"The list of the new government's policy tasks included changing the name of the South Korea-U.S. theater-level combined training," Col. Moon Hong-sik, deputy spokesperson of the ministry, told a regular press briefing. "Related consultations are in progress, and we will make an announcement once a decision is made."

Among the new names under consideration are the "Ulchi Freedom Shield" or a name including the word "alliance," according to media reports.

From 1976 through 2007, the allies' summertime exercise was called the Ulchi Focus Lens (UFL). The UFL consisted of the Ulchi exercise and the combined Focus Lens drills launched in 1954 by the U.S-led U.N. Command. 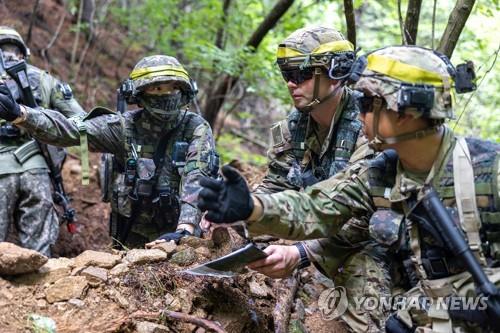