During the meeting, Lee stressed the ambassador's role for communication between the two countries is "more important than at any other time" as North Korea's military threats have continued, according to the ministry.

He also asked Goldberg to serve as a "bridge" between Seoul and Washington in the process of the two countries pushing to develop their partnership into a "global comprehensive strategic alliance."

Goldberg said that he felt honored to be able to work for reinforcing the alliance, the ministry said. He also highly assessed the alliance that has been contributing to peace on the Korean Peninsula and in the Indo-Pacific region, it added.

Lee used the meeting to congratulate Goldberg on his ambassadorship here, noting the envoy has "ample experience and outstanding capabilities" as a "career ambassador," the highest diplomatic rank in U.S. foreign service. 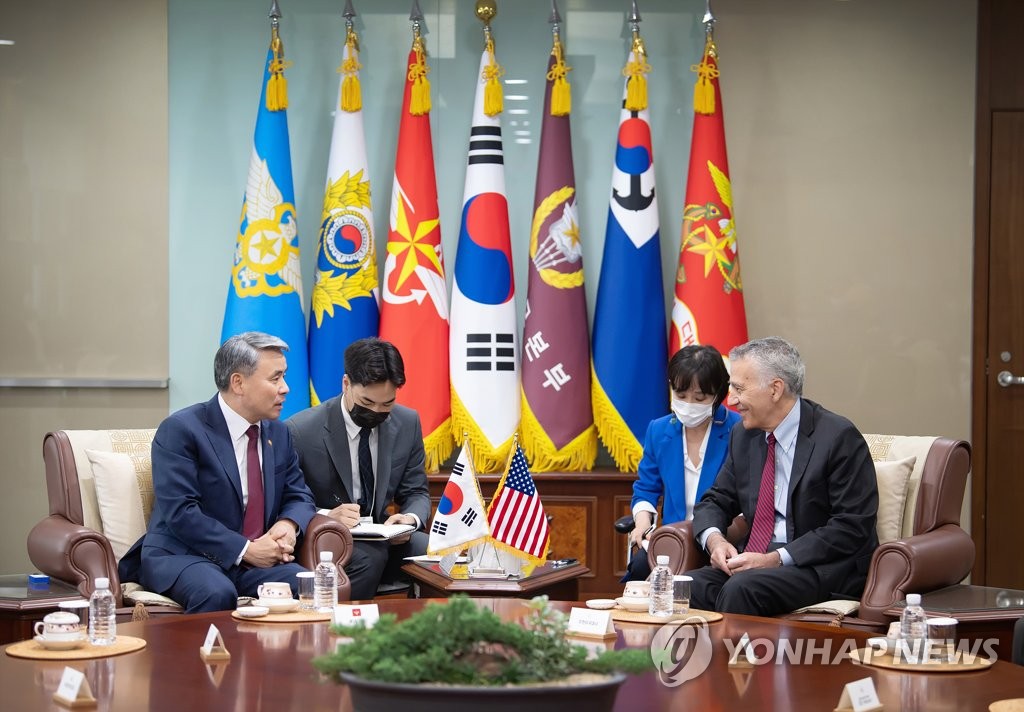