SEOUL, July 22 (Yonhap) -- The unification ministry said Friday it will focus efforts on dissuading North Korea from sticking to its nuclear program by creating conditions for the Kim Jong-un regime to "feel no need" for it.

In a policy report to President Yoon Suk-yeol, the ministry outlined measures to implement his "audacious" scheme for the denuclearization of North Korea and improving inter-Korean relations.

"The audacious plan will not only include economic assistance but will also address the security issue that North Korea has voiced concerns over," a unification ministry official told reporters on condition of anonymity, as Minister Kwon Young-se briefed Yoon on details in person at the presidential office.

Pyongyang has long justified its decadeslong nuclear development on the pretext of security concerns, the official pointed out. 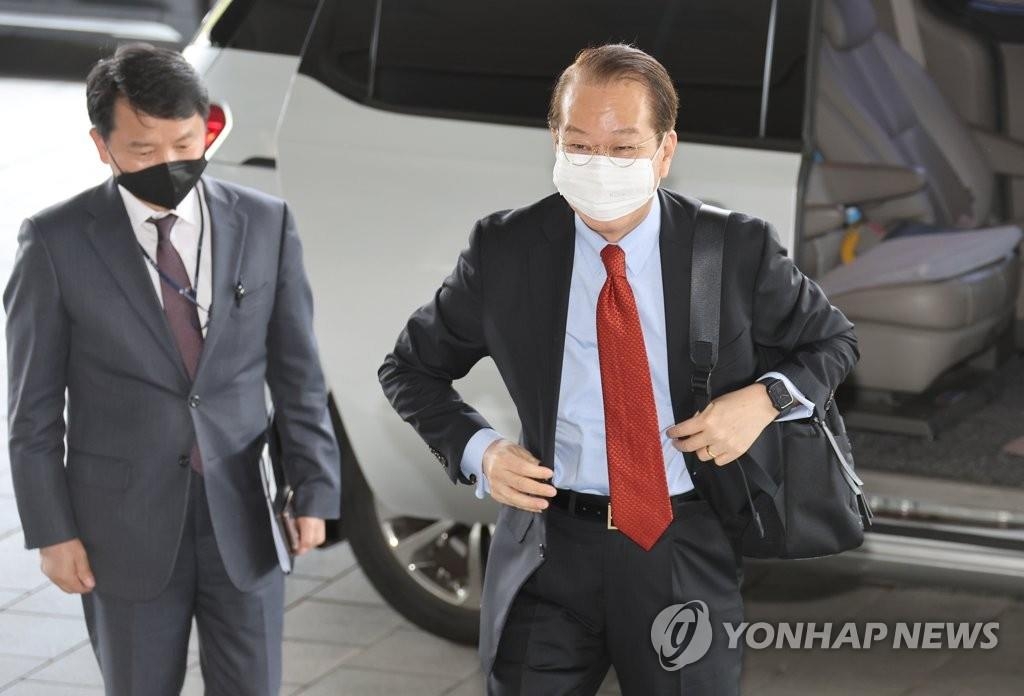 In that regard, the South is willing to seek security assurance and economic aid for the North "to the extent that it no longer feels the need for nuclear development."

The ministry said it will seek the "phased and simultaneous implementation" of denuclearization and corresponding measures rather than taking a "big deal" approach in nuclear negotiations.

It also plans to develop "sustainable" relations with the North and actively seek humanitarian cooperation regardless of the political and military situation.

On the North's human rights problem, the ministry unveiled a plan to push for the launch of a related foundation here as part of efforts for "substantive progress" in addressing it.

It will also seek the designation of a day for families separated by the 1950-53 Korean War with members who are living on the other side of the heavily fortified border.

In a bid to help restore "national homogeneity" between the Koreas, the ministry is considering a measure as well to make North Korean media channels accessible to ordinary people in the South.