SEOUL, July 22 (Yonhap) -- President Yoon Suk-yeol instructed the unification ministry Friday to prepare the details of his "audacious plan" to revive North Korea's economy in the event it accepts denuclearization, a spokesperson said.

Yoon outlined the plan in his inauguration speech on May 10, saying that if North Korea genuinely embarks on a process to complete denuclearization, South Korea will be prepared to present an "audacious plan" to vastly strengthen North Korea's economy and improve the quality of life for its people.

On Friday, he called for details of the plan during a policy briefing by Unification Minister Kwon Young-se. 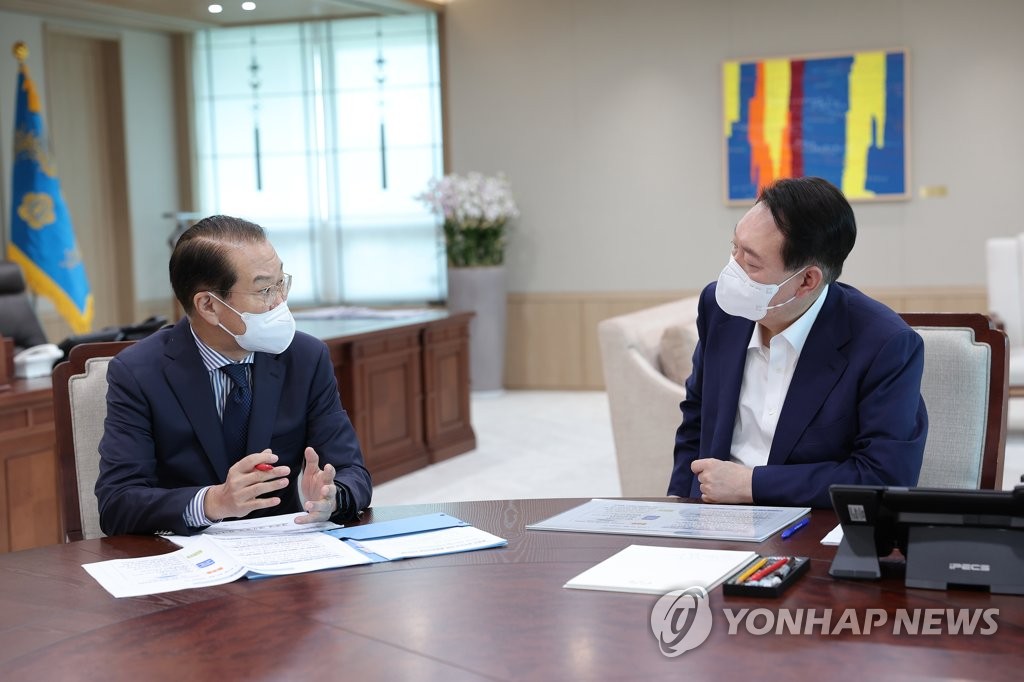 "He said he hopes they will consult with relevant agencies and make thorough preparations regarding realistic measures for the audacious proposal, which will be offered to North Korea in the event it accepts actual denuclearization," deputy presidential spokesperson Lee Jae-myoung told reporters after the meeting.

The president also asked the minister to quickly push for the launch of the North Korean Human Rights Foundation, which has been delayed for years amid the National Assembly's stalling.

Yoon noted that the Constitution calls for a process of inter-Korean unification led by the people of both the South and the North.

He also stressed the importance of maintaining humanitarian and cultural exchanges between the Koreas, especially among young generations, and asked the minister to work to boost exchanges in the arts, sports and communications.

The president further called for strengthening the unification ministry's capacity to judge and analyze its unification strategy, Lee said.

Later in the day, Yoon, Prime Minister Han Duck-soo and about 80 senior officials attended a workshop and finalized the list of 120 key policy tasks of the Yoon administration.

During the meeting, Yoon called on the government to prioritize people's livelihoods and push for strong and speedy reforms in labor, education and other sectors, saying every reform will face resistance from vested interests.

"The key reform tasks, such as pension, labor and education reforms, are items that the people have ordered the government to carry out," he was quoted as saying by his spokesperson Kang In-sun.

"Though there are difficulties, including the opposition from vested interests, we have to proceed with the reforms abiding by principles," he added. 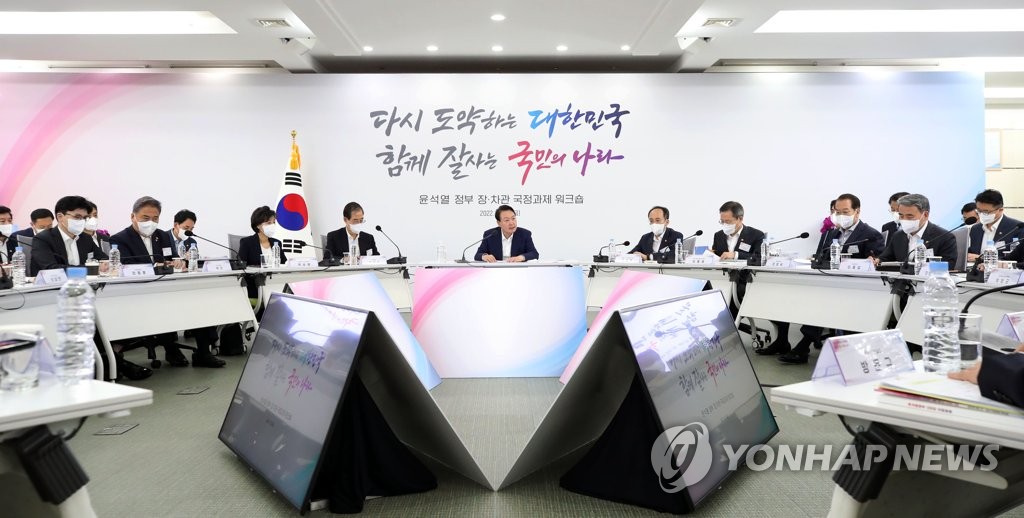