SEOUL, July 22 (Yonhap) -- The state audit agency said Friday they found irregularities in a land development scandal that was launched in 2015 in the city of Seongnam, when Rep. Lee Jae-myung of the Democratic Party was the city's mayor.

The scandal centered on allegations that the municipal government of Seongnam, just south of Seoul, gave special treatment to a private developer, which developed Seongnam's Baekhyeon-dong district into apartment complexes.

Wrapping up its inspection, the Board of Audit and Inspection (BAI) concluded the private developer earned windfall profits because Seongnam city "intentionally" did not join the development project.

In 2015, Seongnam city allowed the private firm to develop the land on the condition that the city's own developer should have joined the project, according to the BAI.

Senior officials at Seongnam city "deliberately delayed the timing of participation in the project," and the city decided not to join the project in 2016, the BAI said.

Eleven city officials were accountable for not joining the project or other irregularities surrounding the project, but they could not face punishment because the deadline for disciplinary action was already over, the BAI said.

In addition, the project had been originally designed to provide rental homes, but it was changed in December 2015 to allow the private firm to sell homes to consumers, the BAI said.

The change was approved by then Mayor Lee, a former presidential candidate, according to the BAI.

Along with the so-called Baekhyeon-dong scandal, Lee has been grilled by another land development scandal in Daejang-dong in Seongnam, in which an asset management firm and a small number of unheard-of private partners were allowed to reap astronomical investment profits. 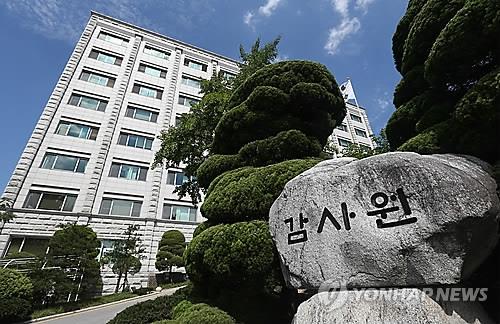