The webcomic series, created by New Zealand artist Rachel Smythe and published by Webtoon, the digital comics platform operated by internet portal Naver, was named the winner of the 2022 Eisner award at San Diego Comic-Con International, which ran from Thursday to Sunday, according to the event's website.

It marks the first award for a Korean-based cartoon at the Eisner Awards, founded in 1988 and regarded as the comics industry's equivalent of the Academy Awards.

"Lore Olympus," launched in 2018, is a modern retelling of the relationship between the Greek goddess Persephone and god Hades.

Last year, the fantasy romance won Digital Book of the Year at the 2021 Harvey Awards, one of the celebrated honors recognizing achievement in comic books and graphic novels.

Another South Korean digital webcomic, "Navillera: Like a Butterfly," written by Hun and Jimmy and published by Kakao Entertainment, was nominated for the Eisner Award for Best Webcomic this year but did not win.

In a post on its Twitter account, Webtoon celebrated Smythe's award, saying "From her role as a creator in Canvas to the winning of the Eisner award, Rachel has continued to share her passion for storytelling with the world," referring to Webtoon's platform for amateur webcomic writers. 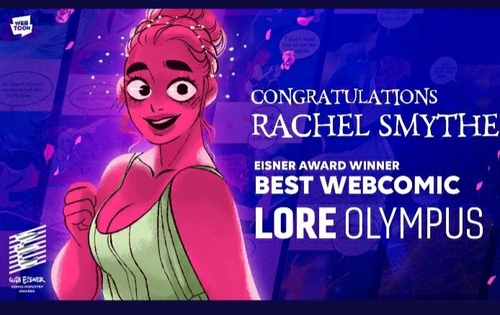 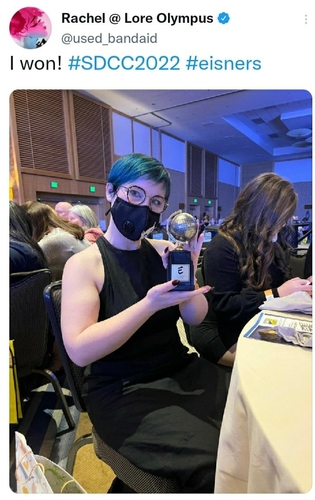