Starship Entertainment unveiled a teaser image for the group's third single, "After Like," announcing the band will return on Aug. 22.

"After Like" will be band's first release since its second single, "Love Dive," in April.

The six-piece group debuted in April last year, composed of former IZ*ONE member An Yu-jin, and her fellow ex-IZ*ONE member Jang Won-young, along with members Gaeul, Liz, Rei and Leeseo.

It is now considered one of the leading fourth-generation K-pop girl groups, with two straight hit songs, "Eleven" and "Love Dive."

The latest single "Love Dive" rose to No. 15 on the Billboard 200 Global chart with its music video garnering over 100 million views on YouTube. 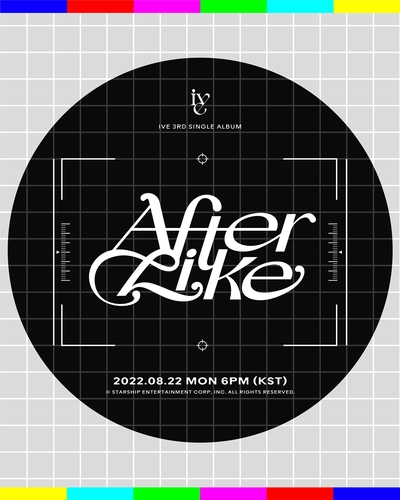