According to the sources, Kakao Mobility CEO Ryu Geung-seon wrote on the company's internal online bulletin board that he made the postponement request to Kakao.

Kakao confirmed Kakao Mobility has suggested seeking a "new growth direction" for the company for the sake of "social co-existence." Kakao added its Corporate Alignment Center, a division charged with overseeing operations of Kakao's subsidiaries, "respects" the efforts of the mobility company.

Kakao, which currently owns a 57.55 percent stake in Kakao Mobility, is considering selling around 10 percent of its shares to MBK Partners to relinquish its control over the mobility company.

MBK Partners has been in talks with other investors, including a TPG-led consortium and the Carlyle Group, to buy their stakes in Kakao Mobility to become the mobility company's largest shareholder, according to Krew Union, a group of unionized workers of Kakao and its affiliates.

Currently, the TPG-led consortium and the Carlyle Group own 24 percent and 6.2 percent stakes in Kakao Mobility, respectively. 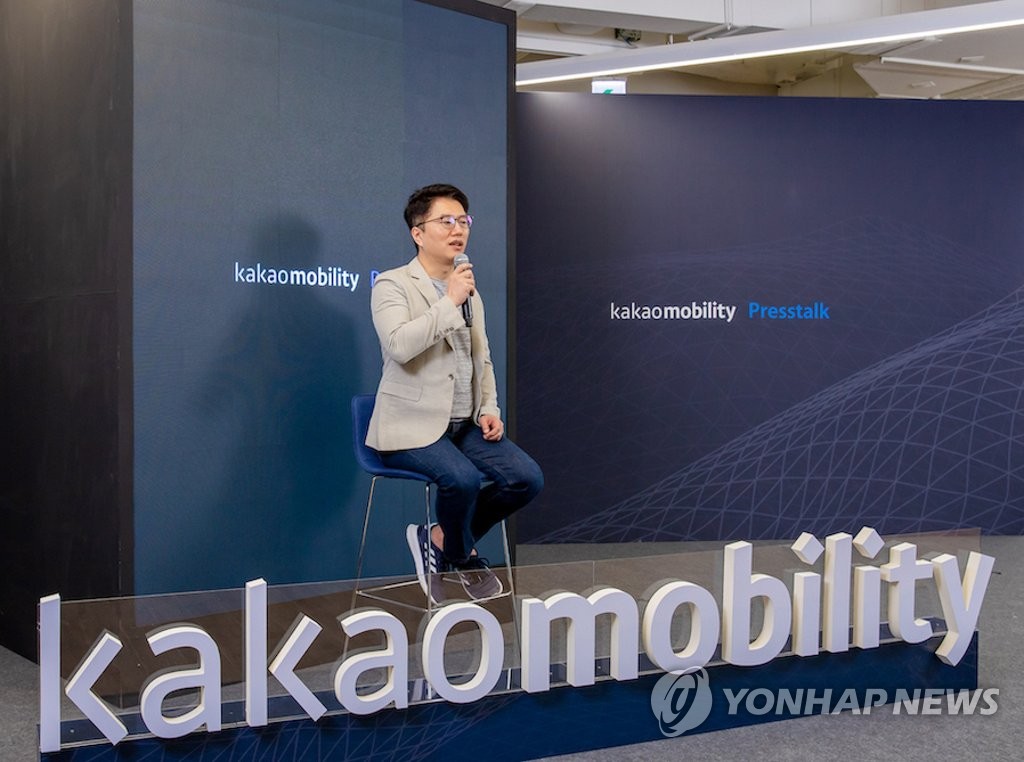 Kakao Mobility was spun off from Kakao in August 2017 and operates as a separate entity. The company with a valuation estimated at around 8.5 trillion won (US$6.5 billion) operates the Kakao T app, which offers designated driving, parking and navigation services.

"The social responsibility promises that Kakao made last year in reaction to criticism of being overly focused on business expansions and profits have not been properly followed up on," the union said earlier this month.

In September last year, Kakao announced a set of social responsibility measures to help support small businesses, including the establishment of a 300 billion-won fund for small and medium-sized firms amid allegations that Kakao's rapid business expansion was wiping away smaller competitors.