SEOUL, July 25 (Yonhap) -- North Korea has been dialing up the celebratory mood ahead of an anniversary on the armistice agreement that ended the 1950-53 Korean War, state media reported Monday amid its strenuous efforts to promote internal unity and bolster leader Kim Jong-un's power grip.

The North is set to celebrate the 69th anniversary of the Korean War armistice signed July 27, 1953. The North calls the conflict the Great Fatherland Liberation War and designated the armistice signing date as "Victory Day."

The country's main newspaper, the Rodong Sinmun, stressed the importance of showing loyalty to the leader, saying the war points to the "noble truth that the North will always win if it trusts and follows the Supreme Leader," referring to Kim Il-sung, the late national founder and grandfather of Kim Jong-un, who is at the helm.

War-related documentary films will be aired as well on its state-run Korean Central Television. 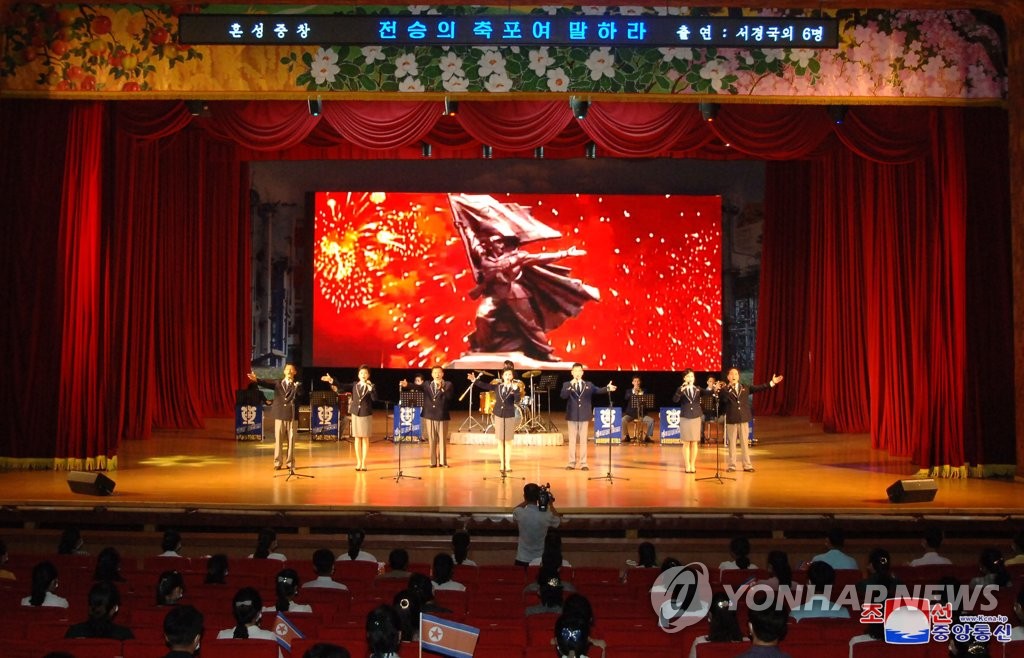 A national conference of war veterans is slated to take place in Pyongyang this week despite concerns over a possible resurgence in COVID-19 cases following such a massive gathering. It would be the third consecutive year for the North to hold the event on the national holiday, which falls on Wednesday this year.

Drawing keen attention is whether Kim Jong-un will attend the event and deliver any special message not only for the domestic audience but also for those in the outside world, amid speculation that the secretive North seems to have completed preparations for an underground nuclear test. Kim has been out of public view for over two weeks.

North Korea celebrates this year's anniversary while continuing to battle to contain the coronavirus pandemic and boost its economy, with protracted border controls and international sanctions against the regime in place.

N. Korea in festive mood ahead of 'Victory Day'; all eyes on Kim Jong-un's likely message

N. Korea in festive mood ahead of 'Victory Day'; all eyes on Kim Jong-un's likely message