SEOUL, July 25 (Yonhap) -- South Korea is seeking to coordinate with the United States and other countries before announcing the details of its "audacious plan" to revive North Korea's economy in the event it accepts denuclearization, a presidential official said Monday.

Yoon outlined the plan in his inauguration speech on May 10, saying if North Korea genuinely embarks on a process to complete denuclearization, South Korea will be prepared to present an "audacious plan" to vastly strengthen North Korea's economy and improve the quality of life for its people.

Last week, he asked Unification Minister Kwon Young-se to come up with the details. 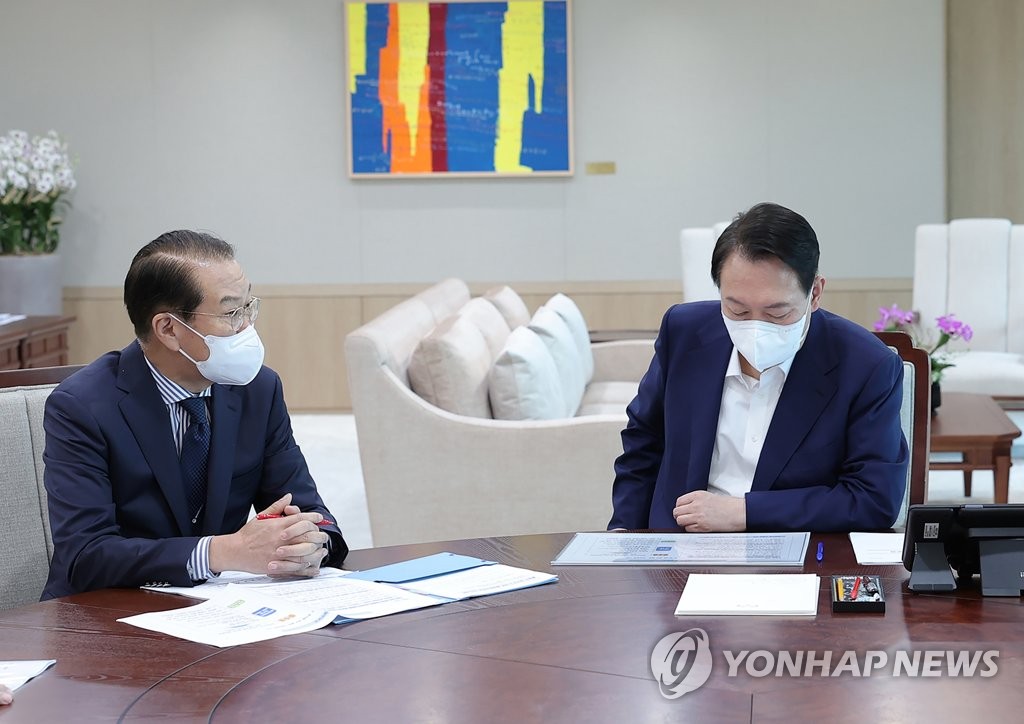 "We're in the process of filling in the details of the audacious plan," the presidential official told reporters. "I can tell you that we're nearly in the final stage of establishing its broad principles and direction."

Still, the official said he expects the details to take some time.

"It's far more realistic and likely to be accepted by North Korea if we announce it after sufficient consultations with the United States and other relevant countries, so we're trying hard to include such details," the official said.

On speculation that North Korea will go ahead with what would be its seventh nuclear test this week, the official repeated past government assessments that the North has completed all preparations for the test.

In the event it conducts the test, the government will be ready to respond through "various measures," the official added.

Asked to assess the COVID-19 situation in North Korea, the official said the outbreak has put additional pressure on the country and caused it additional pain at a time when it is already suffering under tough international sanctions over its nuclear weapons program.

"There are reports that people are starving to death, and if we carry out a joint analysis of North Korea's economic situation, sanctions situation, COVID-19, other diseases, damage from heavy rains and other such things, I can tell you it's not so surprising that people are dying of starvation," the official said.

When asked whether the presidential National Security Office under President Yoon Suk-yeol was able to separately assess the truth behind the 2019 repatriation of two North Korean fishermen, who were sent back by the previous Moon Jae-in administration despite their reported intentions to defect, the official said it received no information during the transition period.

"After a proper investigation began into the issue, we took steps to verify whether there was relevant material at our National Security Office, but there was surprisingly none," the official said.

S. Korea seeks to coordinate with U.S. over 'audacious plan' for N. Korea

S. Korea seeks to coordinate with U.S. over 'audacious plan' for N. Korea