SEOUL, July 25 (Yonhap) -- North Korea's stockpile of weapons-grade plutonium and uranium is believed to have increased by about 10 percent since a 2018 inter-Korean summit where it committed to denuclearization, Defense Minister Lee Jong-sup said Monday.

"North Korea possesses a considerable amount of fissile materials and is believed to have steadily produced them for the past five years," Lee said during a parliamentary interpellation session in response to a question how many nuclear weapons the North has produced since the 2018 summit.

Pressed to be more specific about the increase in the North's holdings of plutonium and highly enriched uranium, Lee said, "There are limitations to saying exact numbers, but we assess that it has increased by about 10 percent."

Lee also said the North is ready to conduct its seventh nuclear test at any time.

"We believe North Korea has completed most of the preparations needed for the seventh nuclear test, and the timing of the test depends on Kim Jong-un's decision," Lee said, calling North Korea's nuclear programs "a serious threat to South Korea and the international community."

Lee said the North is expected to conduct a nuclear test from tunnel number 3 at its Punggyeri nuclear testing site with the aim of advancing its capabilities so as to build smaller and lighter nuclear weapons. 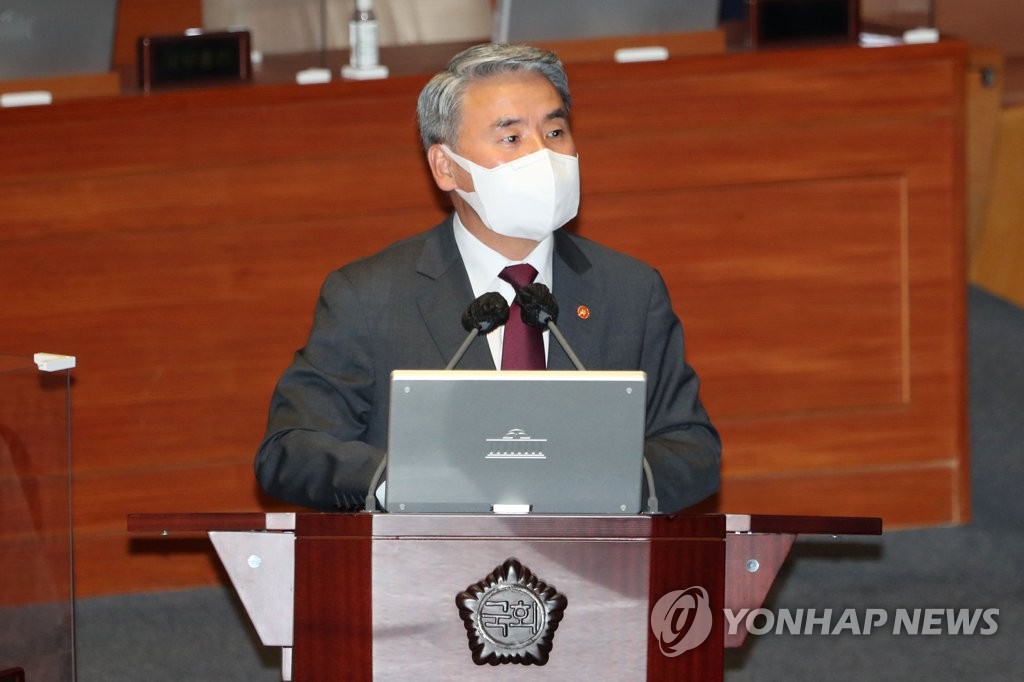 N.K. stockpile of fissile materials increased by 10 percent over past 5 years: defense minister

N.K. stockpile of fissile materials increased by 10 percent over past 5 years: defense minister