"I anticipate that a summit between South Korea and Japan will likely be held when desirable resolutions for ongoing issues, like wartime forced labor, are prepared," Foreign Minister Park Jin told a parliamentary interpellation session.

Acknowledging that bilateral ties between the two countries are unlikely to recover without such a resolution, Park said the government will aim to find a "reasonable measure" for both countries while respecting the opinions of the victims.

When asked about possible measures to mend ties, Park said the government is reviewing many options such as former National Assembly Speaker Moon Hee-sang's proposal to launch a fund for the victims backed by both companies and people of South Korea and Japan. 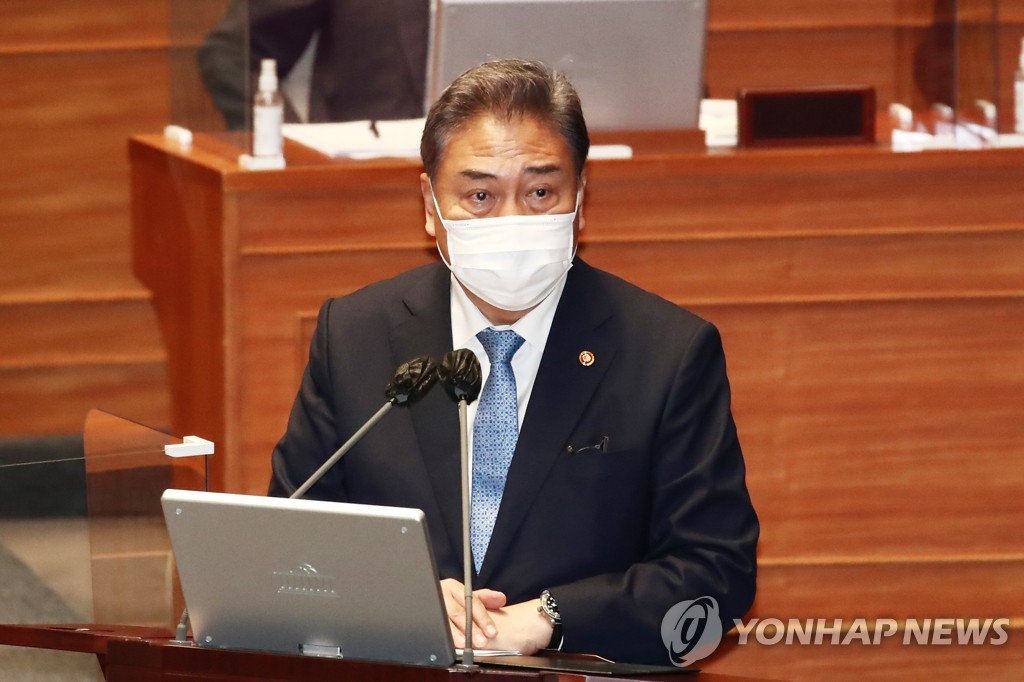 "There are several unsatisfactory areas," he said. "China is our biggest trade partner whom we share a long history with. It is desirable to lead the relationship in a healthy and mature manner but there has been a lack of communication, trust and strategic dialogue, which did not meet the public's anticipation."

Park also spoke on the Moon government's principle of the so-called 3 No's policy of no additional THAAD deployments, no participation in a U.S.-led missile defense program and no formation of a trilateral military alliance with the U.S. and Japan.

"Since this is an agenda relevant to our national security sovereignty, we should be making the judgment ourselves. It is hard to accept China's demand that we should keep the promise," he said, urging Beijing to play a more "constructive" role in North Korea's denuclearization.