ICHEON/YANGPYEONG, South Korea, July 26 (Yonhap) -- The South Korean Army's Apache attack helicopters soared through the skies and descended sharply in a tactical move to avoid potential attacks and secure the safety of its members in a formation tasked with capturing a high-value facility controlled by a hypothetical enemy.

The spectacle unfolded at two Army facilities in Icheon, some 50 kilometers southeast of Seoul, and Yangpyeong, 45 km east of the capital, on Monday as the armed service strives to ensure its readiness amid evolving North Korean military threats. 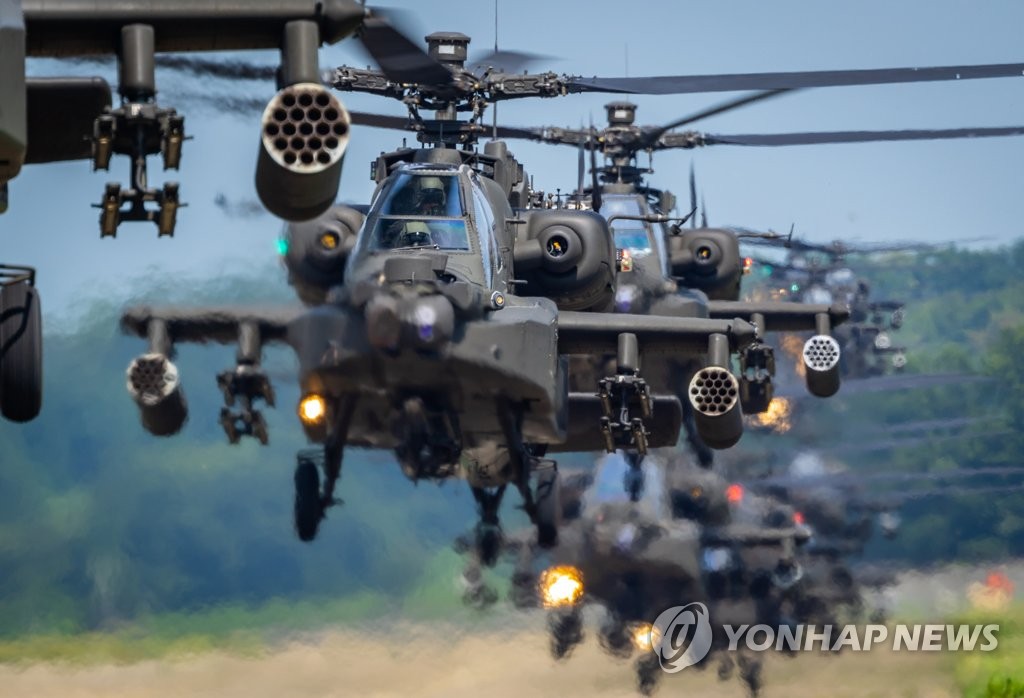 In the drills, Apaches, as the lead in the formation, practiced infiltrating a designated site to identify and clear potential dangers. Then Black Hawks and Chinooks carrying some 200 troops and military supplies flew in to fulfill the goal of securing the target facility.

During the training session, the attack helicopters shot some 100 rounds of 2.75-inch rockets and around 440 rounds of 30-mm machine guns in a display of their firepower.

"When mobilized on a large scale intensively, the air assets can psychologically paralyze the enemies and play a key role in turning the tides of the war," Maj. Gen. Lee Bo-hyung of the Army Aviation Command said.

Monday's training is reminiscent of Operation Entebbe, the successful mission conducted by Israeli commandos to rescue hostages held at Entebbe Airport in Uganda in 1976. 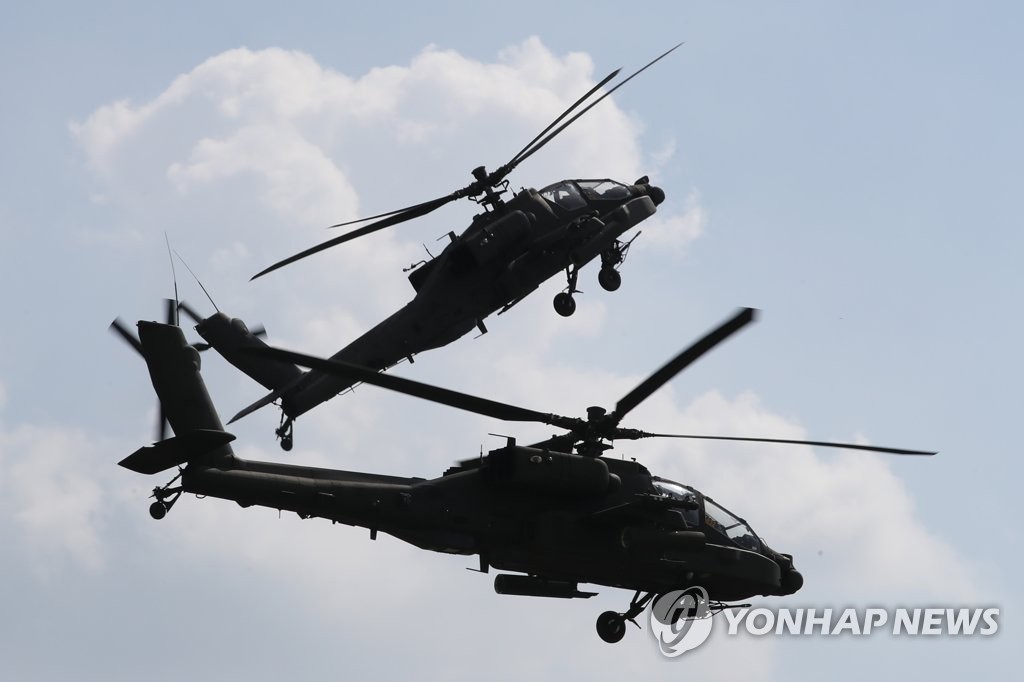 The training came as the South Korean military is moving to strengthen and publicize training programs amid concerns the North could further ratchet up tensions by conducting a nuclear test or other provocative acts.

"The Army's air assets are essential to ensure victories in ground warfare, based on their prompt mobility and overwhelming firepower," Choi said.

"We will focus on our training, again and again, to maintain capabilities and a readiness posture to completely overwhelm the enemies should we be called upon to do so." 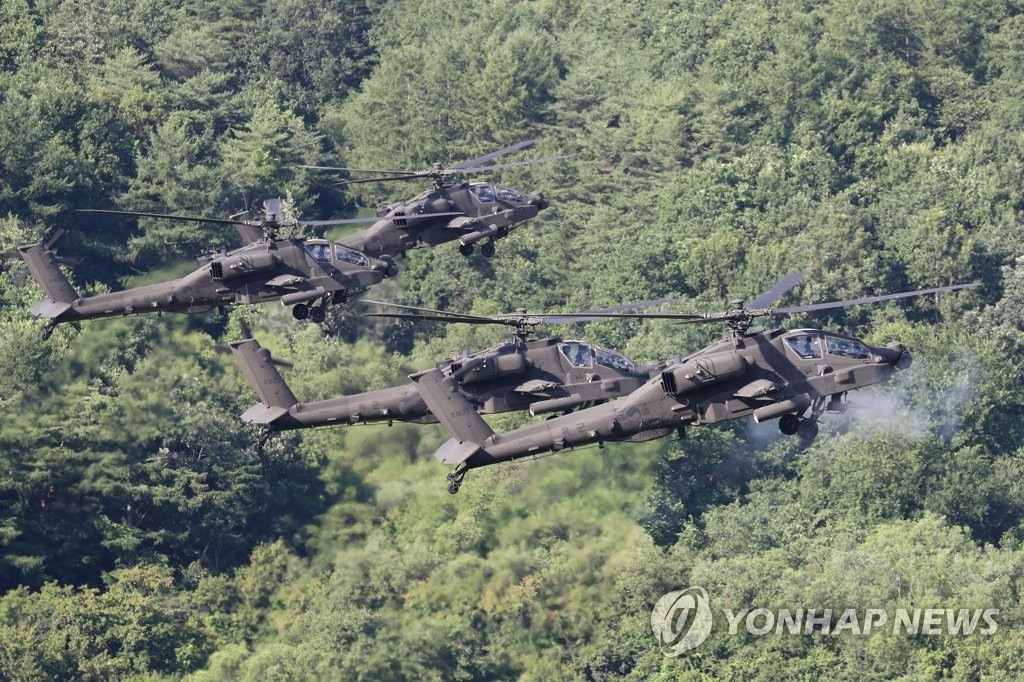