SEOUL, July 26 (Yonhap) -- President Yoon Suk-yeol said Tuesday collective action by police officers against the planned establishment of a police bureau under the interior ministry could amount to a "serious breach of national discipline."

The remark came as the ministry and front-line police officers have clashed head-on over the police bureau plan, with senior superintendents gathering in protest and Interior Minister Lee Sang-min likening the collective action to a "coup."

"Like the people, I am deeply concerned about the collective action" by the police officers, Yoon told reporters as he arrived for work.

"Collectively protesting against the government's policies and reorganization plans, which are being pursued under the Constitution and the law, could be a serious breach of national discipline," he said.

The establishment of the police bureau was endorsed during a Cabinet meeting later Tuesday.

"In carrying out a nation's basic administrative duties of national defense and public order, the final authority of command and oversight lies with the president," Yoon said.

Referring to the scheduled Cabinet meeting, he acknowledged there could be "various opinions," but noted "a nation's fundamental order and discipline should not be shaken."

Yoon struck a stronger tone in his remarks Tuesday after having said Monday he expects the interior ministry and the National Police Agency to take "necessary steps" against the protest.

Asked Tuesday to comment on Japan's approval of the release of treated radioactive water from the wrecked Fukushima nuclear power plant, Yoon said he has asserted since his election campaign that Japan needs to "transparently explain and gain the consent" of neighboring countries.

"I think it is very dangerous for officers to blindly join (the collective action) even without attempting to learn about the police bureau," Lee told Yonhap News Agency upon arrival at his office in central Seoul.

"I will definitely modify the plan if any rational reasons for opposing it are presented, but taking collective action for unsubstantial reasons, such as police independence, is very indiscreet and worrisome." 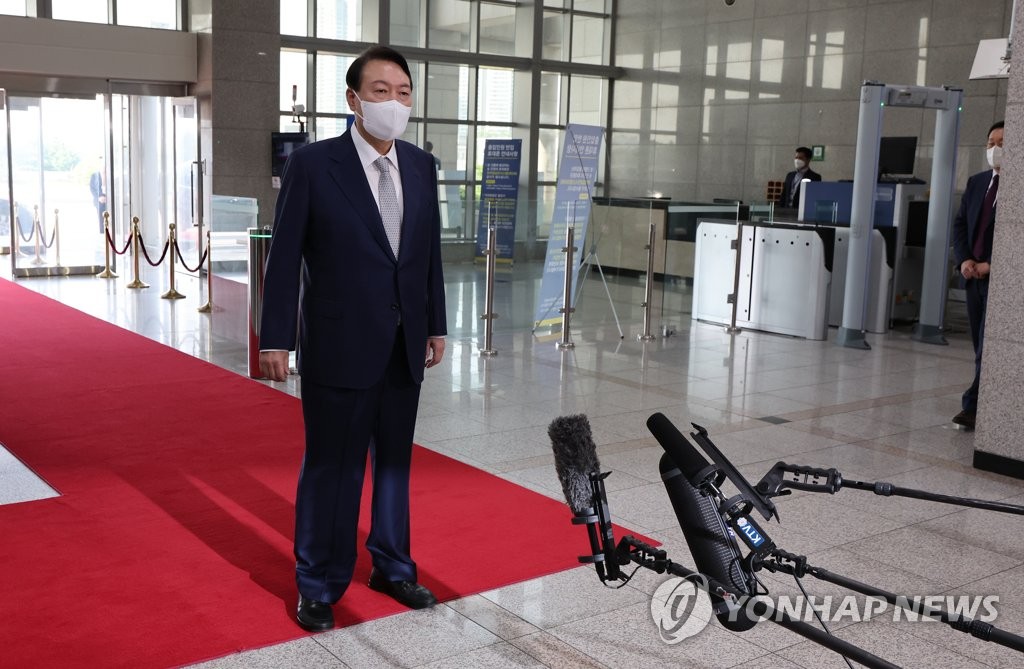