SEOUL, July 26 (Yonhap) -- Opposition lawmakers held a protest rally in front of the presidential office Tuesday, accusing the government of an "administrative coup" to seize complete control of police through the establishment of a police bureau under the interior ministry.

The rally came a day after Interior Minister Lee Sang-min strongly denounced a recent gathering of senior police officers opposing the "police bureau" plan, even comparing the collective action to a "coup" by disobedient officers.

"The government is rushing to establish the police bureau as if they are carrying out a military operation. What is it they are afraid of?" he said, holding a banner calling for an end to what they called an attempt at "complete seizure of police." 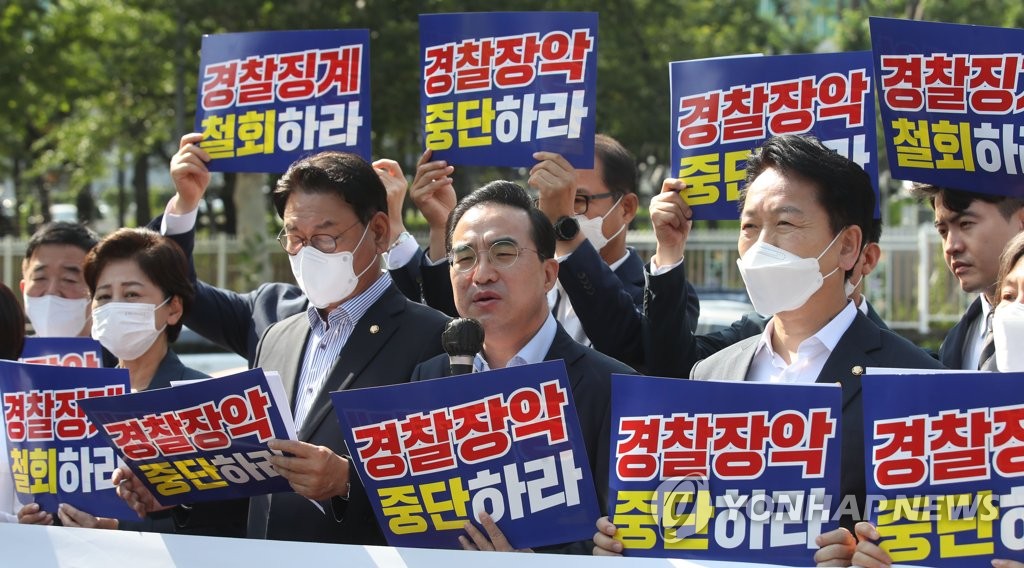 Earlier Tuesday, President Yoon Suk-yeol expressed deep concerns over the collective protest, saying it could amount to a "serious breach of national discipline."

The DP denounced Yoon, claiming it is actually the president who is breaching national discipline.

The establishment of the police bureau was endorsed during a Cabinet meeting later Tuesday.

The ruling People Power Party called for "all possible measures" against the collective action.

"No disobedience whatsoever can be tolerated," Rep. Kweon Seong-dong, acting chair and floor leader of the party, told a party meeting. "Like the military, the police are a public authority with guns."

Kweon urged the government to take stern measures against those involved in the collective protest.

"If the military left their area of duty to take collective action in protest of a policy reform, who would approve of it? The police's disobedience is equivalent to that of the military. It should be charged with the same weight." 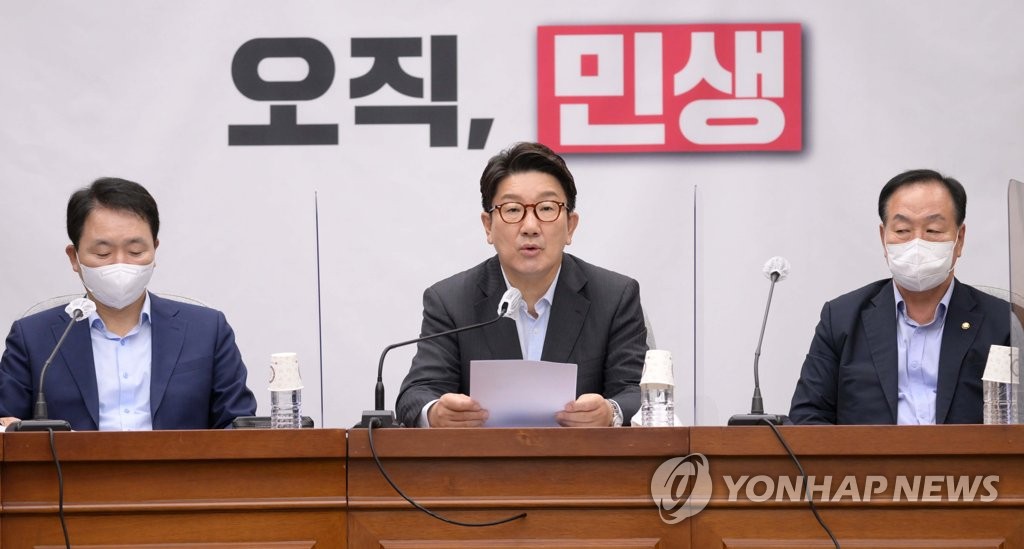