Net income came to 1.35 trillion won (US$1.03 billion) in the January-June period, up 5.3 percent from a year earlier and a record half-year tally, NH Financial said in a statement.

NH, or Nonghyup, refers to the National Agricultural Cooperative Federation, whose key stakeholders include farms and other agricultural businesses.

The financial group attributed the record first-half profit to a jump in interest income amid high interest rates.

NH Financial said its interest income stood at 4.57 trillion won in the first half, up nearly 400 billion won from a year earlier, on more loans to corporate borrowers.

The ratio of its nonperforming loans came to 0.29 percent, with that of loan-loss reserves reaching about 247 percent.

Nonghyup Bank, the group's flagship banking arm, reported a net income of 922.8 billion won in the first half, up 7.8 percent from a year earlier. 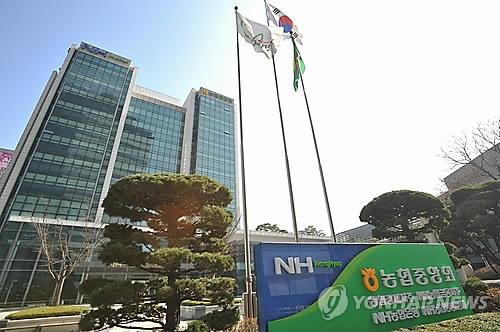