SEOUL, July 26 (Yonhap) -- The South Korean government said Tuesday it will host an annual ceremony this week commemorating the sacrifices of foreign veterans of the 1950-53 Korean War.

Some 1,000 people, including veterans, senior government officials and military personnel, are expected to join Wednesday's event for the Korean War U.N. Veterans Day at the Dongdaemun Design Plaza in downtown Seoul, according to the veterans affairs ministry.

"We will remember the great promise of the war veterans who tried to safeguard the freedom of the Republic of Korea," Veterans Affairs Minister Park Min-shik was quoted as saying. "Today, we will also preserve the values of freedom through the solid alliance."

During the event to be held on the 69th anniversary of the signing of the armistice agreement that brought the Korean War to an end, vocalists from the U.S. Eighth Army band and Seoul's defense ministry band will sing "Arirang," a Korean folk song.

"Arirang" is the song the U.S. military played for the U.N. delegation that signed the armistice, the ministry noted.

The national flags of 22 countries that participated in the war will then appear alongside those of South Korea and the United Nations. Various performances will also be staged in honor of those who fought under the U.N. banner during the three-year conflict. 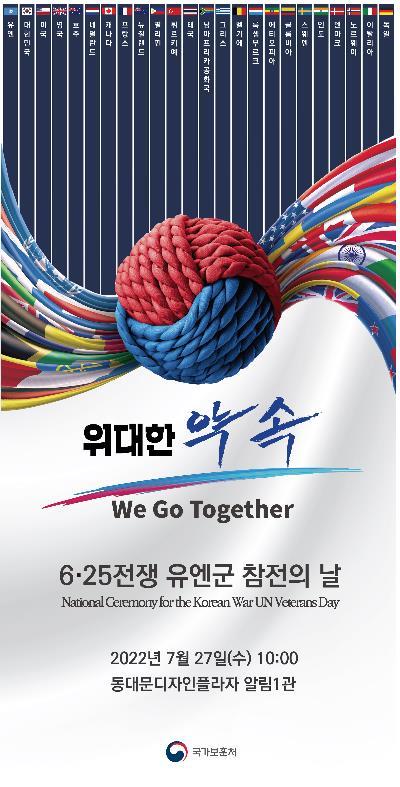