The world's second-largest memory chip maker reported its second-quarter net income of 2.87 trillion won (US$2.2 billion), up 44.7 percent from a year earlier, despite unfavorable business conditions, like inflation, the Russia-Ukraine war and China's COVID-19 lockdowns.

Operating profit for the April-June period rose 55.6 percent on-year to 4.19 trillion won, the highest since 2018, the company said in a regulatory filing. Revenue rose 33.8 percent to an all-time high of 13.81 trillion won.

The earnings beat market expectations. The average estimate of net profit by analysts was 2.83 trillion won, according to the survey by Yonhap Infomax, the financial data firm of Yonhap News Agency. 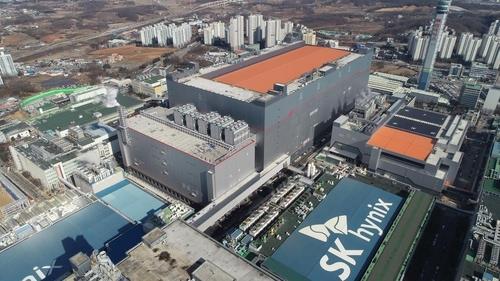 "Although DRAM product prices fell during the second quarter, revenues increased as NAND prices rose and overall sales volume increased," the company said in a statement, adding that a strong dollar and the addition of Solidigm's sales contributed to the strong performance.

SK hynix set up its U.S. subsidiary Solidigm early this year following the completion of the first phase of Intel NAND and SSD business acquisition in December.

SK hynix cautioned, however, demand for semiconductors may subdue in the second half, especially for chips used in personal computers and smartphones.

"The memory chip economy is highly correlated with the macro economy. So we all know that the situation does not bode well for the memory industry at this time," Noh Jong-won, president and chief marketing officer at SK hynix, said during a conference call.

Also both DRAM and NAND inventory levels have gone up by around one week, reflecting weaker demand.

The company expected the growth of both DRAM and NAND flash shipments to be flat in the third quarter, but forecast chip demand for data centers would "grow steadily in the mid to long term."

In response to a challenging macroeconomic environment, SK hynix said it would carefully review next year's investment plan while monitoring product inventory levels in the second half.

"It is almost unavoidable that the capex for next year also has to be adjusted significantly," he said, adding that "When we look at the other players, both our competitors and other foundries, I believe the consensus currently is not to be overly aggressive in capex investments so much so that they will try to pull up the volume that is going to be needed for other investments."

Last week, the chipmaker is said to have decided to hold off on a capacity addition plan at its Cheongju campus, in a move to take a more cautious approach to massive investment at a time when the economic outlook has become highly uncertain. But its plan to add four more plants at a chip cluster in Yongin, 40 kilometers south of Seoul, proceeded as scheduled.

"This is the primary reason for a 3-8 percent drop in DRAM prices in the third quarter," it said, adding that "a more than 8 percent pricing dip in certain DRAM products for PCs and smart phones cannot be ruled out."

SK hynix shares fell 0.5 percent to close at 100,000 won Wednesday, versus the wider market's 0.11 percent gain, as the chipmaker warned of slowing demand in the second half. 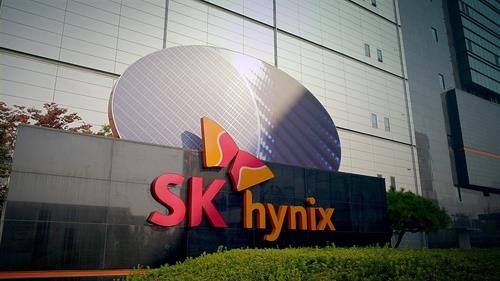