SEOUL, July 27 (Yonhap) -- A planned gathering of police officers opposed to the establishment of a police bureau under the interior ministry has been called off, an organizing officer said Wednesday, in a sign that the standoff between police and the government is cooling down.

Kim Seong-jong, a senior inspector at Seoul Gwangjin Police Station, had called for all 140,000 police personnel to gather in a meeting Saturday to protest the police bureau plan that they claim would compromise political neutrality of the law enforcement agency.

On Wednesday, however, Kim said he is calling the gathering off.

"With yesterday's Cabinet approval, the police bureau's establishment has been finalized," the officer said on the police intranet. "Expressing opinions in the name of the entire police could be a way to vent anger but could cause social concern and put the entire police under criticism."

Front-line police officers have clashed head-on with the government over the police bureau plan, with dozens of senior superintendents holding a protest meeting last week and Interior Minister Lee Sang-min likening the collective action to a coup.

The cancellation of Saturday's gathering came a day after President Yoon Suk-yeol openly said he was deeply concerned about the collective police protest, saying it could amount to a "serious breach of national discipline."

"It is time to resolve all misunderstandings and conflict, and put our minds together so as to become police that are oriented toward the people," he said.

As to Kim's remarks on the parliament taking legislative steps, Lee cautioned against politicizing the issue and urged to solve the problem internally. 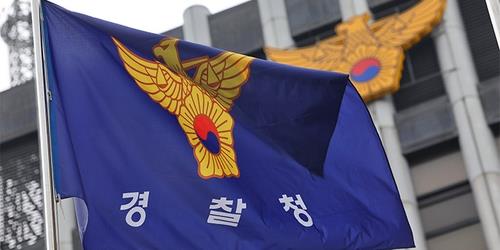