The septet was nominated in the categories of Best K-pop, Best Choreography, Best Metaverse Performance and Best Visual Effects.

The band has been awarded at the MTV awards ceremony for the past three years. It won two titles in 2019 and took home four prizes in 2020. Last year, it won three trophies, including Group of the Year. 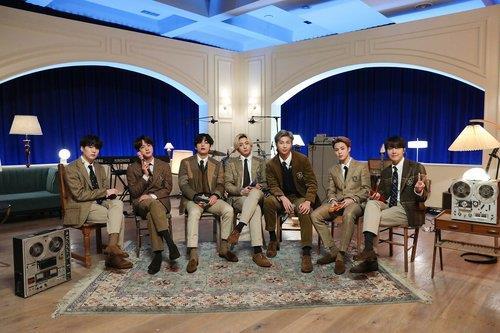 For the Best K-pop category, BTS' "Yet To Come (The Most Beautiful Moment)," the lead single from its first anthology album "Proof" (2022), will compete with five other Korean acts, including ITZY, Lisa, Seventeen and TWICE.

"Permission to Dance," the group's third English-language single, is one of the six candidates for the Best Choreography prize, including "Woman" by Doja Cat, "Tears In The Club" by FKA twigs ft. The Weeknd, and "As It Was" by Harry Styles.

In the Best Visual Effects category, "My Universe," BTS' collaborative single with British rock band Coldplay, is listed with "Happier Than Ever" by Billie Eilish, "The Heart Part 5" by Kendrick Lamar and three other contenders.

Jack Harlow, Kendrick Lamar and Lil Nas X are the most-nominated artists with seven each.