Kweon Seong-dong, the acting chair and floor leader of the People Power Party, was caught on press cameras Tuesday replying to Yoon's text messages that praised the party for "doing a good job" after the "replacement of the party chair who used to shoot upon ourselves."

The message was an apparent swipe at former party leader Lee Jun-seok, whose party membership was suspended early this month over allegations of sexual bribery and a cover-up.

"The fact that a private conversation was exposed under whatever circumstances, and caused a misunderstanding among the people and various media outlets is greatly undesirable," Choi Young-bum, senior presidential secretary for public relations, said at a press briefing. "It is regrettable."

Kweon apologized Tuesday over the incident.

"It is entirely my fault that a personal conversation with the president was revealed due to my carelessness and caused misunderstanding," he wrote in a Facebook post. "Regardless of the reason, I apologize to fellow party members and the people for causing concern." 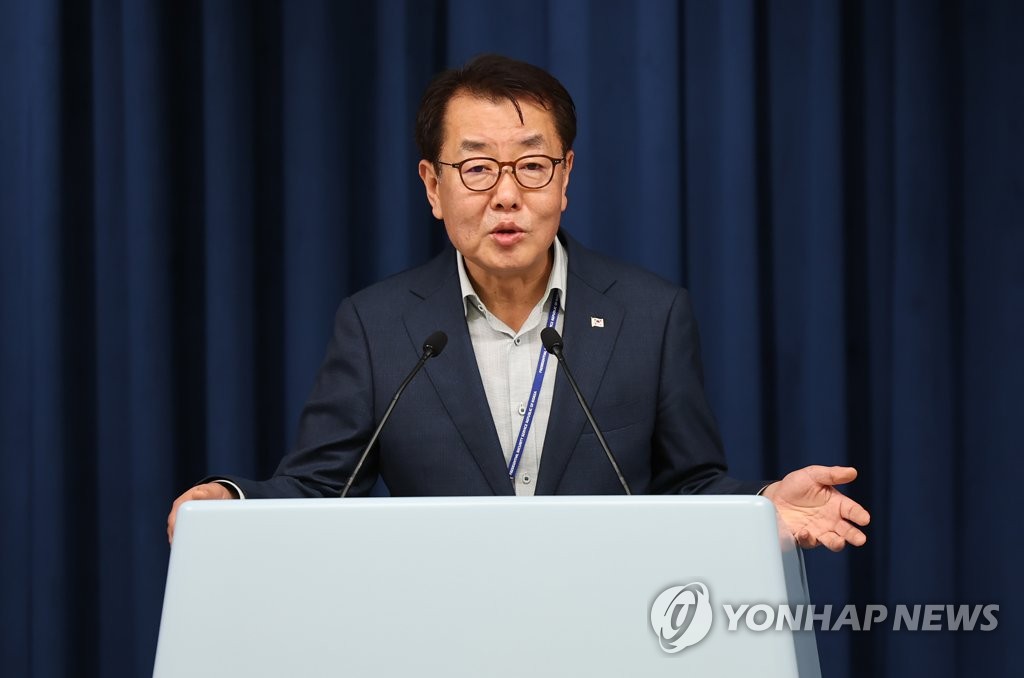