SEOUL, July 27 (Yonhap) -- President Yoon Suk-yeol vowed Wednesday to defend the value of freedom through a firm alliance with the United States, in a message marking the completion of a new Korean War monument in Washington.

The Wall of Remembrance, which bears the names of 36,634 U.S. troops and 7,174 members of the Korean Augmentation Troops to the U.S. Army (KATUSA) who died during the 1950-53 war -- will be unveiled in a ceremony attended by the two countries' defense chiefs on Wednesday morning (Washington time).

The unveiling has been timed to coincide with the anniversary of the armistice signing in 1953.

Yoon said South Korea will forever remember the sacrifices of the "true heroes," defend the peace and freedom built on their sacrifice and dedication, and achieve prosperity.

"We will defend the value of freedom through a firm alliance without fail," he wrote. 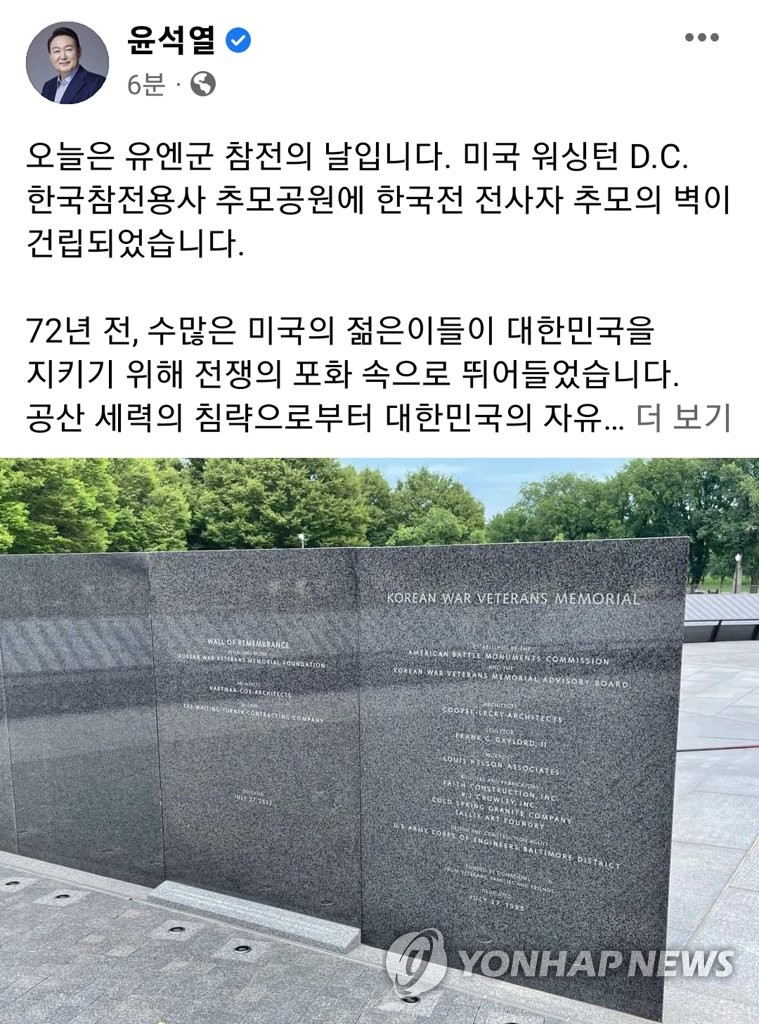 Yoon vows to defend freedom through firm alliance with U.S.

Yoon vows to defend freedom through firm alliance with U.S.