SEOUL, July 27 (Yonhap) -- Cannes-winning actor Song Kang-ho said Wednesday that his latest disaster film, "Emergency Declaration," about an in-flight virus attack coincides with the COVID-19 pandemic that has put many people in a corner.

"When I first heard this plot from the director, I was interested in it even though we hadn't entered the coronavirus pandemic," Song said in an online interview with Korean media. "It's about many people who get through a lot of disasters in a precocious and tranquil manner." 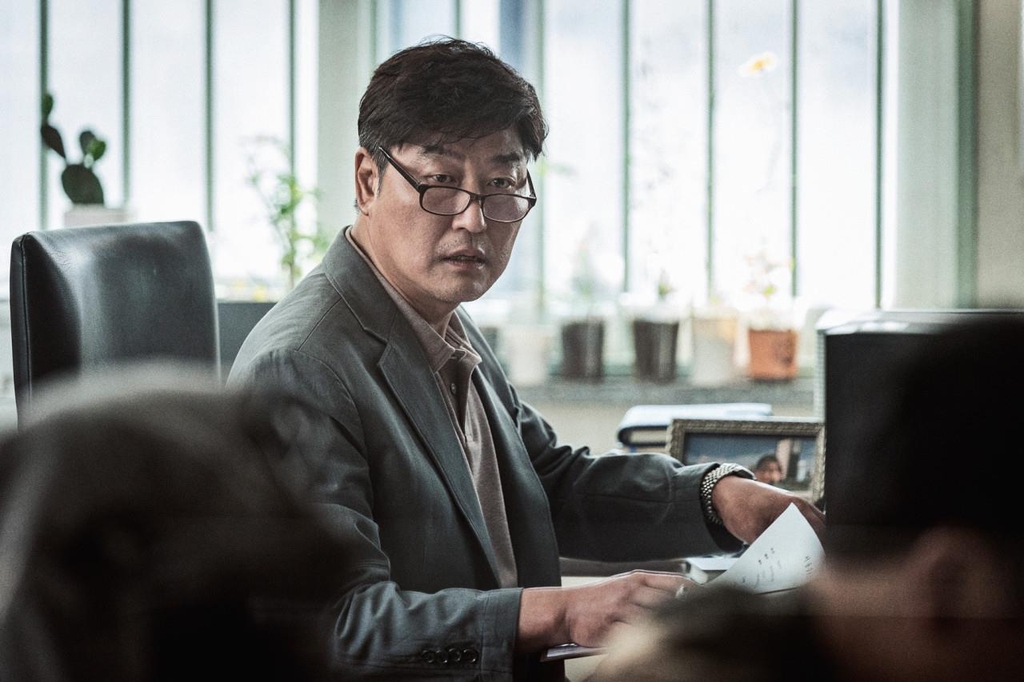 Directed by Han Jae-rim, "Emergency Declaration" tells a story about a flight from Seoul to Honolulu and its captain who makes an emergency declaration after a deadly virus planted by an unknown terrorist kills a passenger.

Song plays In-ho, a veteran police detective who desperately struggles to prevent a possible terrorist attack on the flight after finding out his wife is also on board.

He said his film does not simply show people finally overcoming the unprecedented disaster, but it depicts their efforts to seek something valuable for themselves, their family and the community throughout the painful process.

"As we make a living, we experience some disasters, big or small. They are inevitable. How we accept those unavoidable disasters and deal with them is important," said Song, who won Best Actor for his performance in the drama "Broker" (2022), directed by Japanese auteur Hirokazu Kore-eda, at this year's Cannes Film Festival in May.

"We didn't mean for it to but the story of 'Emergency Declaration' timely coincides with our times," he said. Due to the coronavirus outbreak, "Emergency Declaration" has been shelved for more than a year even though it premiered at the 74th Cannes Film Festival in 2021.

The actor recalled that the message of "Emergency Declaration" well resonated with the audience at Cannes last year, when he served as a competition jury member of the prestigious annual film festival.

"I received positive reviews from foreign media and critics when I was in Cannes, although I didn't see the film because I was working at the time," he said. "I think it is being well accepted by foreign viewers as the film features a likely common disaster and human effort."

The film has been long anticipated as it is the country's first aviation-disaster genre film and has an all-star cast, including Cannes-winning Song and Jeon Do-yeon, and Lee Byung-hun.

It is the first time since the drama film "Secret Sunshine" (2007) that Song and Jeon appear in the same project.

"It's an amazing and exciting experience to see these big-name actors do their job as an ensemble," he said. "There were not many scenes with all of us together, but we had good teamwork. I loved to feel that we were in the same project."

"Emergency Declaration" is set to open in local theaters next Wednesday. 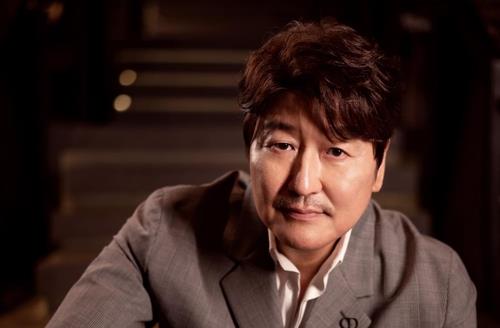