SEOUL, July 27 (Yonhap) -- The head of an anti-corruption commission appointed by the preceding Moon Jae-in government on Wednesday rejected calls from the ruling People Power Party to step down, saying serving out her term is not a personal issue, but a matter related to the rule of law.

Jeon Hyun-heui, chair of the Anti-Corruption and Civil Rights Commission and a former two-time Democratic Party (DP) lawmaker, has been under pressure to leave office, along with other state agency chiefs appointed under the previous administration, since President Yoon Suk-yeol came to power.

On Wednesday, one PPP lawmaker even mocked Jeon while pressuring her to quit.

"Do you respect President Yoon?" asked Rep. Song Seog-jun of the PPP during a parliamentary national policy committee meeting. "Someone who has a high level of understanding of President Yoon's state affairs priorities is waiting to take over. Why are you trying to keep the position?"

Jeon refused to buckle under pressure.

"Sharing state affairs priorities and understanding the philosophy for state affairs is one thing, and unconditionally following the government is another," she said. "The chair's term is not just a personal matter but a matter of the rule of law."

Earlier this month, Hong Jang-pyo, president of key state-run think tank Korea Development Institute, resigned after repeated calls by the PPP and the government for him to step down. Hong was known as the architect of Moon's signature income-led growth policy. 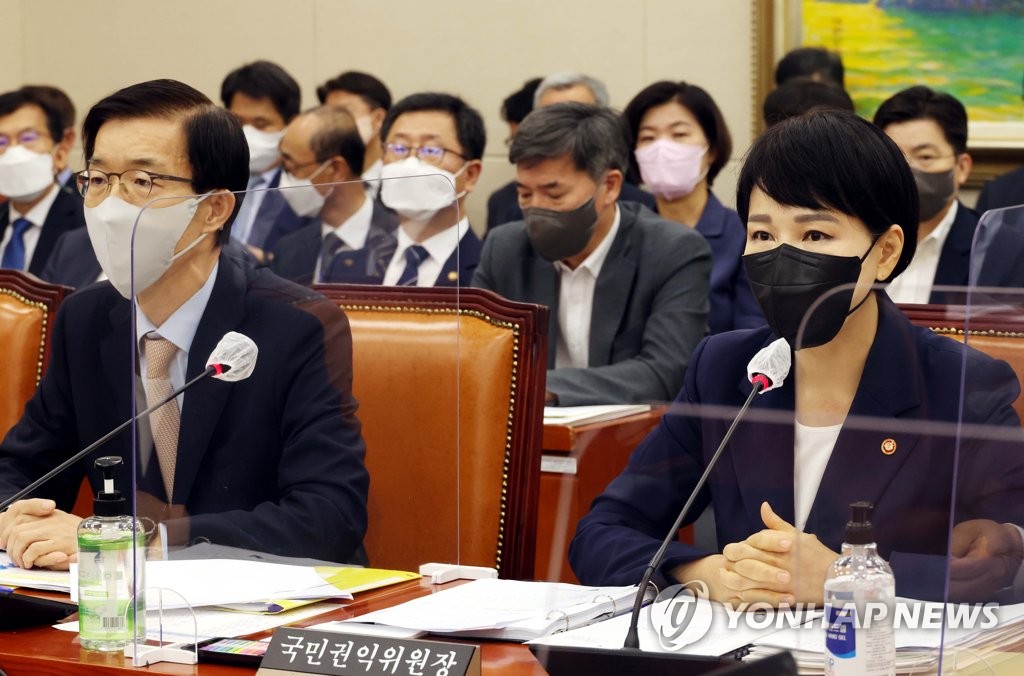