Lotte Chemical and Lotte Aluminum, another Lotte affiliate, will invest US$254 million in a 70:30 joint venture to build the production site in Kentucky by 2025, Lotte Chemical said in a release.

The plant will aim to annually produce around 36,000 tons of cathode foil, a key material in lithium-ion batteries used in electric vehicles, Lotte said. The investment will be made through their U.S. subsidiaries.

Cathode foil supports the cathode active material in a lithium ion battery, and determines the capacity and voltage of the rechargeable battery. It also serves as a passage for electrons, and its high thermal conductivity helps the battery release heat from inside.

Lotte Chemical has unveiled a plan to spend 4 trillion won (US$3.04 billion) to expand its battery materials business, such as cathode, anode, electrolyte and separator, with a revenue target of 5 trillion won by 2030, as part of a diversification strategy to go green.

It is the first U.S. production line for Lotte Chemical. Lotte Aluminum runs a cathode foil factory in Hungary.

It is spending about 350 billion won to shore up its electrolyte solvent plant in the key domestic production line in Daesan, about 75 kilometers southwest of Seoul. 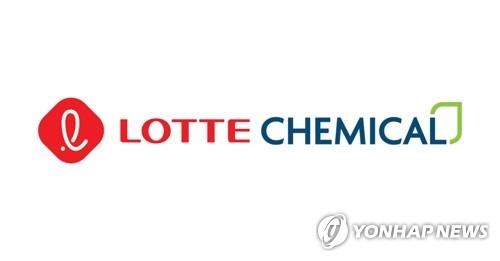