CJ ENM said the infections led to the cancellation of their meet-and-greet with viewers that was scheduled to be held at a theater during the day.

The film's lead actress Kim Tae-ri also tested positive in a self-test and is now waiting for the result of a polymerase chain reaction (PCR) test, according to the distributor.

"We're discussing whether to cancel audience meet-and-greets scheduled for this weekend as major participants were infected with COVID-19," a company official said.

Released a week ago, "Alienoid" is about two parallel worlds that connect with each other as the gates of time travel open due to a secret force. 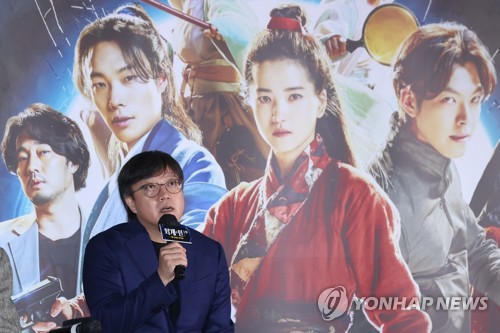