SEOUL, July 28 (Yonhap) -- South Korea's finance minister said Thursday the U.S. Federal Reserve's latest rate hike is expected to have a limited impact on the domestic financial market as the outcome is in line with market expectations.

Finance Minister Choo Kyung-ho made the remarks during his meeting with the central bank chief and heads of the country's financial regulators to discuss the fallout of the Fed's "giant step" rate increase on the market and economic situations.

At a two-day policy meeting that ended Wednesday (U.S. time), the Fed hiked the federal funds rate by 75 basis points for the second straight month to curb high inflation. The move raised its key rate to a target range of 2.25-2.5 percent. 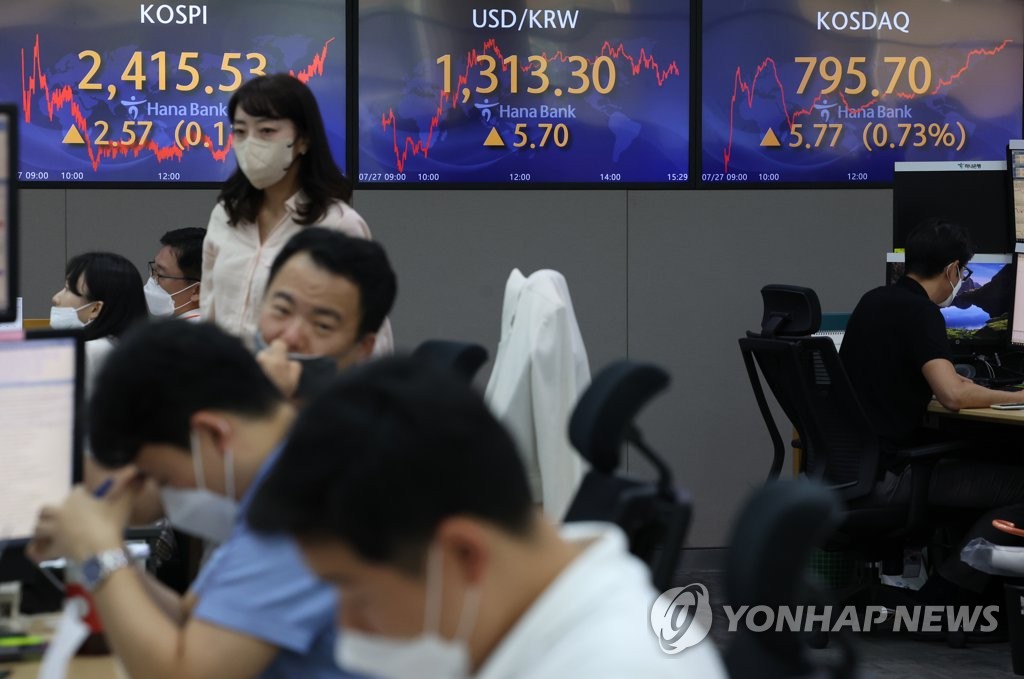 "The Fed's decision well matched market expectations. As global financial markets well digested the Fed's rate hike overnight, it is expected to have a limited impact on the South Korean market," Choo said.

U.S. stocks rallied Wednesday as investors raised bets on expectations that the Fed could slow the pace of its monetary tightening.

At a press conference, Fed Chair Jerome Powell said the U.S. economy is slowing but is not in a recession. He said another "unusually large increase could be appropriate" at its next meeting but added any decision will depend on economic data.

Choo, meanwhile, dismissed concerns that the widening gap of borrowing costs between the United States and South Korea could trigger foreign capital outflows.

The reversal of interest rates between the two nations sparks concerns about capital outflows as investors tend to chase higher returns.

Capital flights are feared to further weaken the Korean currency against the U.S. dollar, putting upward pressure on inflation. The won has slid more than 9 percent per dollar so far this year.

The government said it plans to implement measures to stabilize the market, if volatility in the financial market heightens.

Choo said if bond yields sharply rise, the government could buy back Treasuries and the Bank of Korea will seek to purchase government bonds from the market in a bid to stabilize the debt market.

The government said it will also review the possibility of implementing market-stabilizing measures taken during the 2008-09 global financial crisis, if excessive herd behavior in the market amplifies volatility. 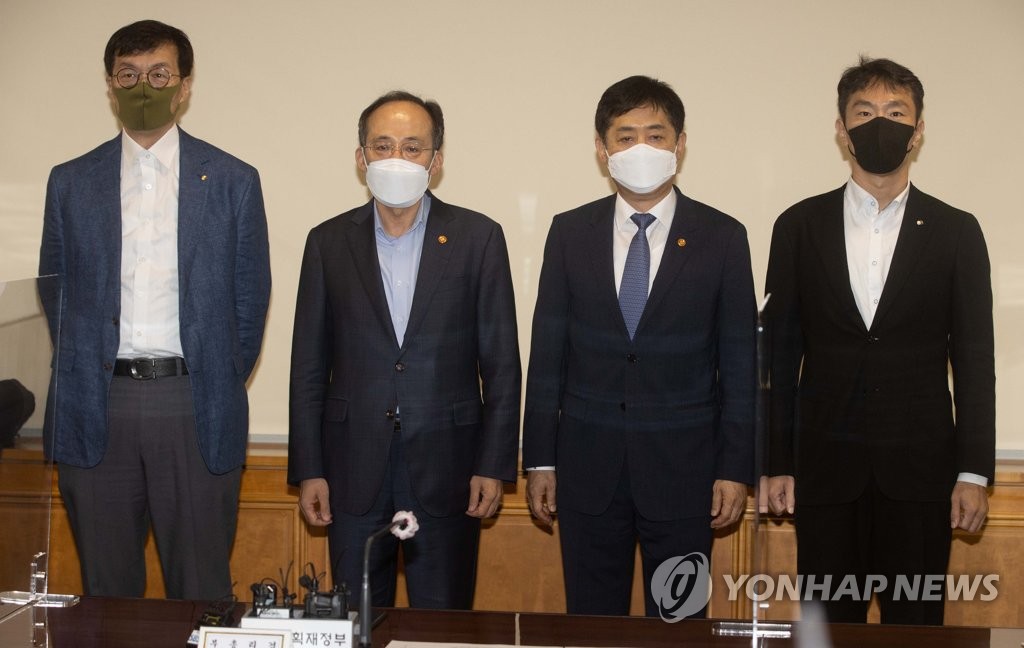