She will hold "The Golden Hour" concerts on Sept. 17 and 18 at the Jamsil Olympic Stadium in southern Seoul, her agency, EDAM Entertainment said Thursday.

It marks her first concerts in three years since the "Love, Poem" shows held in four South Korean cities and six other Asian countries in 2019.

She will be the first female K-pop singer to hold a concert at the stadium, the agency added.

With a capacity to house up to 100,000 spectators, including standing seats, the stadium is considered "a stage of dreams" for many K-pop artists. Most recently, globally renowned stars such as BTS and Psy had concerts there. 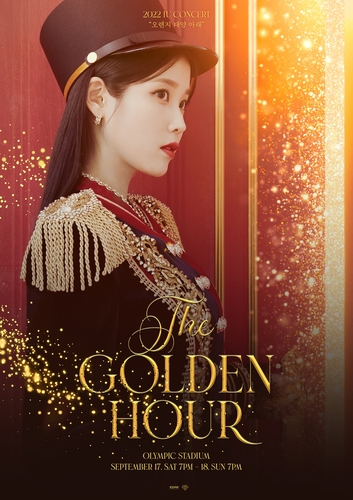 IU to hold concerts at Jamsil Olympic Stadium in September

IU to hold concerts at Jamsil Olympic Stadium in September