The largest FA-50 export deal was part of the "framework contracts" that the Polish government inked the previous day to procure 980 K2 battle tanks and 648 K9 howitzers on top of the FA-50s.

In addition to the fighter deal, KAI seeks to establish a maintenance, repair, overhaul (MRO) center in Poland as well as an international pilot training school using the FA-50s, according to the officials.

At the signing event, KAI CEO Ahn Hyun-ho said that the FA-50 contract is not just a simple sales deal but a "start of joint cooperation."

Ahn also pointed out that those purchasing FA-50s would be potential buyers of the KF-21 fighter, South Korea's homegrown 4.5th-generation warplane currently under development.

The Polish government has said the first batch of 12 FA-50s will arrive in the country in the middle of next year. 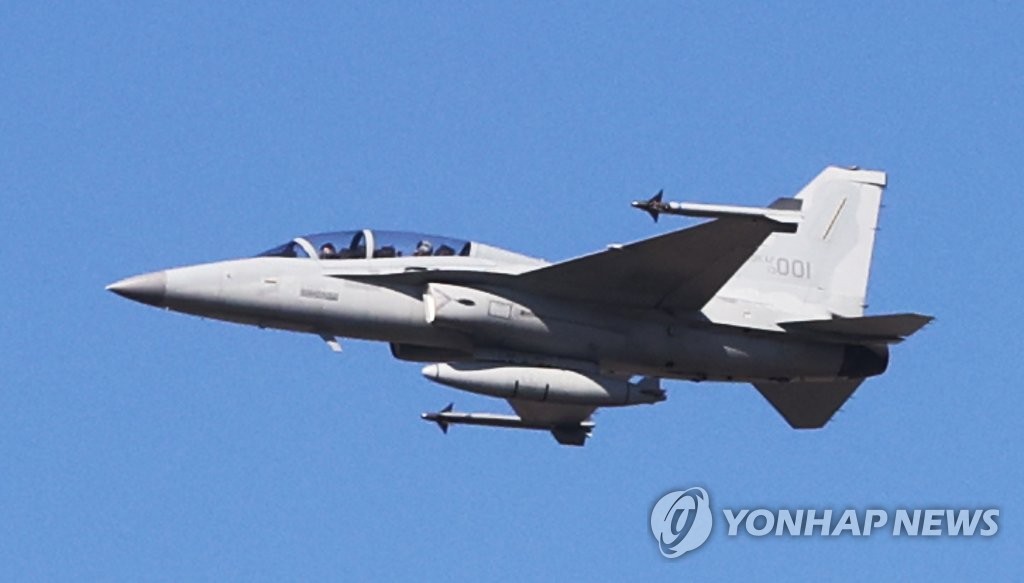 To back the arms export efforts, the South Korean Air Force's Black Eagles aerobatic flight team staged an aerial performance featuring the T-50 trainer jets in Deblin, about 120 kilometers southeast of Warsaw, on Wednesday, according to a pool report. 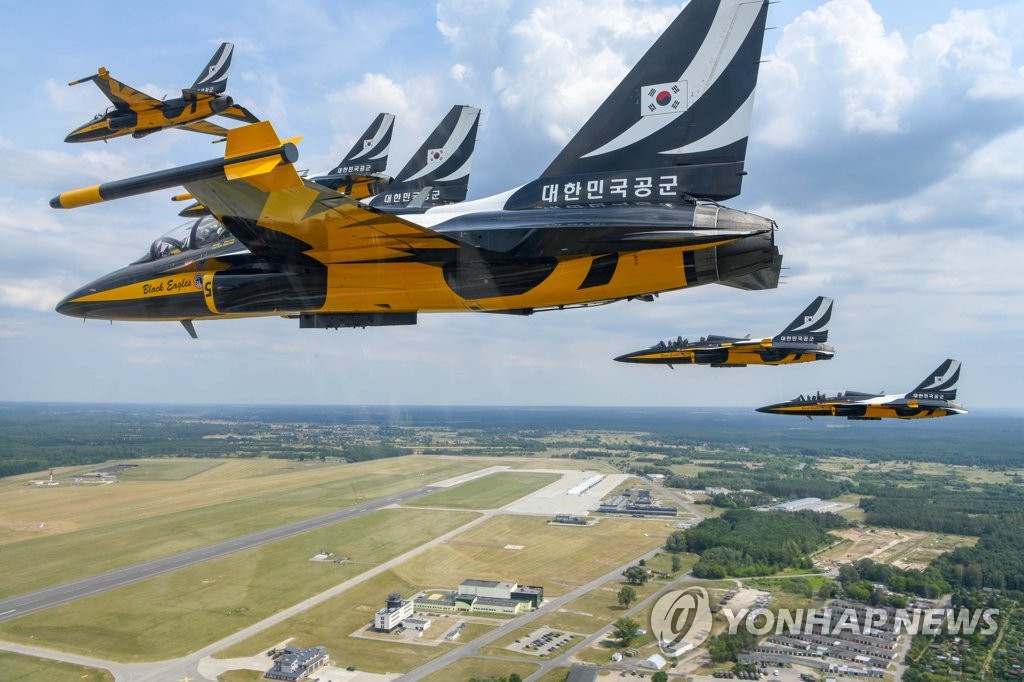