Han made the remark at a policy coordination meeting held just hours after the Fed hiked the federal funds rate by 75 basis points for the second straight month to curb high inflation.

"High inflation felt by the people could continue for some time ... and the trade balance will also be in a difficult situation due to soaring oil prices and other factors," Han said.

The prime minister said it is a good sign the country's gross domestic product, the broadest measure of economic performance, grew 0.7 percent on-quarter in the April-June period, and vowed to closely inspect the domestic and external situation. 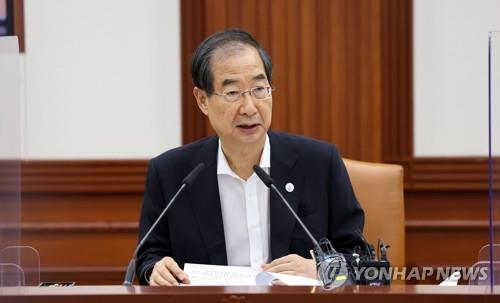