SEOUL, July 28 (Yonhap) -- Culture Minister Park Bo-gyoon urged Japan on Thursday to make good on its promise to offer explanations about Koreans forced into hard labor on Hashima Island when it was listed as a World Heritage site in 2015.

Upon the World Heritage designation of 23 Meiji-era sites, including the island also known as Battleship Island, Tokyo promised to install an information center to explain the forced labor issue, but has not done so yet.

"Japan should faithfully take follow-up measures it promised when listing the Battleship Island as world heritage in 2015," Park said during a policy briefing to the parliament in response to a question on the ministry's position on the matter.

"The culture ministry's stance remains unchanged," Park said, adding it will closely work with the foreign ministry to prevent any distortion of history related to world heritage sites of Japan, including the Hashima Island and Sado mine.

The Sado mine is also a place where thousands of Koreans were forced into hard labor during World War II. Japan is pushing for the mine's designation as a World Heritage site. 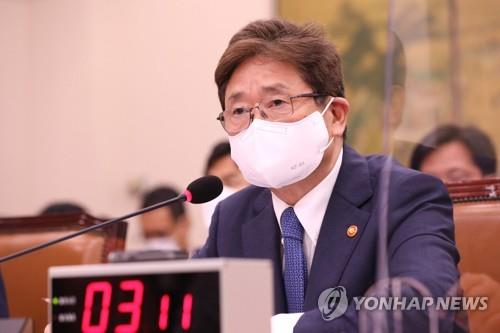