SEOUL, July 29 (Yonhap) -- The Justice Ministry will soon review candidates for presidential pardons to be granted on the occasion of Liberation Day next month, sources said Friday, with Samsung heir Lee Jae-yong and ex-President Lee Myung-bak said to be among possible candidates.

The ministry's nine-member pardon review board will hold a meeting between Aug. 9 and 10 to evaluate candidates to be recommended to President Yoon Suk-yeol for special pardons to be granted in celebration of the Aug. 15 Liberation Day, the legal sources said.

Once the candidates are recommended to Yoon, the final decision is expected to be made public on Aug. 12.

The upcoming pardons have been widely speculated to benefit Lee, vice chairman of Samsung Electronics, as well as the former president.

His prison term was officially terminated Friday, but he still needs a pardon to be free of post-prison restrictions.

The 81-year-old former president was also temporarily released last month while serving a 17-year prison term for corruption after a local court granted a three-month suspension of the sentence due to health reasons.

During a parliamentary interpellation session earlier this week, Prime Minister Han Duck-soo said he will propose pardons for the Samsung leader and other businessmen to the president.

Separately, the justice ministry's parole review board will also hold a meeting on Friday to determine recipients of its monthly parole grants, with former South Gyeongsang Gov. Kim Kyoung-soo, a liberal heavyweight currently serving a two-year prison term in a public opinion rigging case, said to be among parole candidates under consideration. 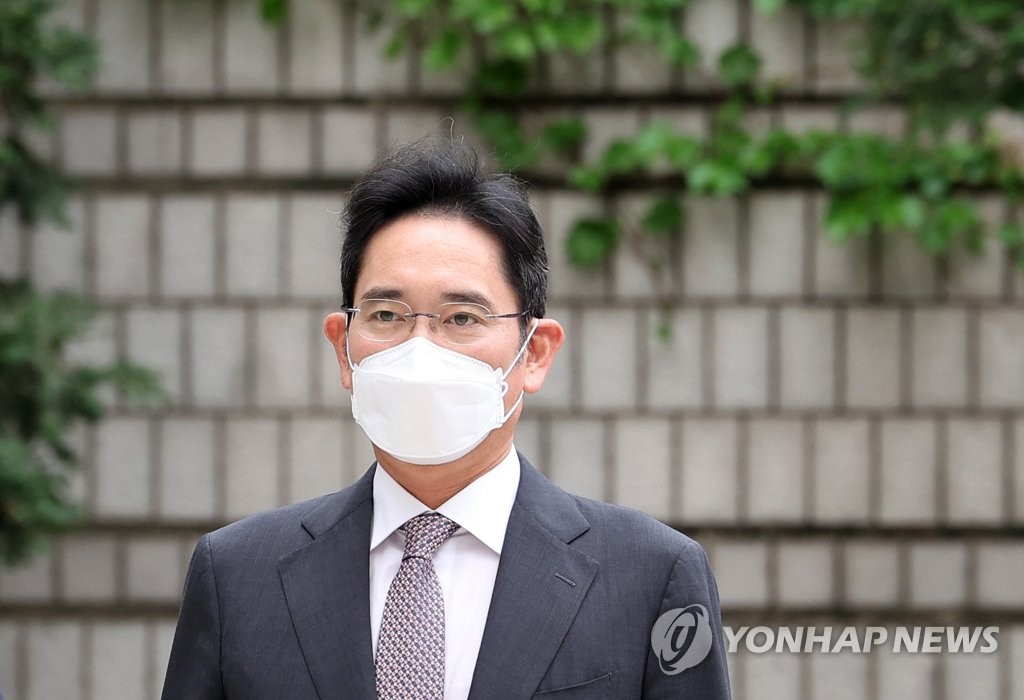