The biannual drills came after Japan repeated its claims to Dokdo in its annual defense policy paper earlier this month, despite the new South Korean government's gesture to improve bilateral ties strained over wartime history and trade.

The drills in the first half of each year have usually been held in June, but they were apparently pushed back as South Korea, the United States and Japan seek to deepen their security cooperation amid North Korea's evolving military threats.

The drills were aimed at ensuring the country's military readiness to fend off potential foreign infiltrations to the rocky outcroppings, according to the source.

South Korea launched the Dokdo drills in 1986. Since 2003, it has conducted them twice a year.

Dokdo has long been a recurring source of tension between the two neighbors, as Tokyo continues to make the sovereignty claims in its policy papers, public statements and school textbooks. 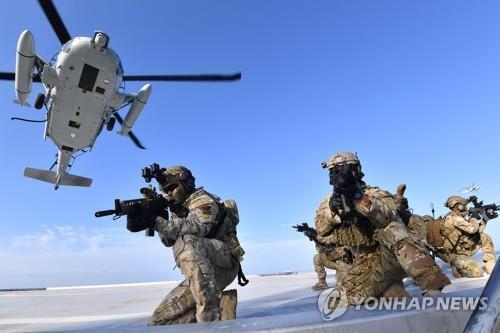