SEOUL, July 31 (Yonhap) -- North Korea had no additional suspected COVID-19 cases for the second consecutive day, according to its state media Sunday, as the country is redoubling efforts to "completely end" its virus crisis.

The total number of fever cases since late April stood at 4.77 million as of 6 p.m. Saturday, of which 99.99 percent had recovered and 176 are being treated, it added. 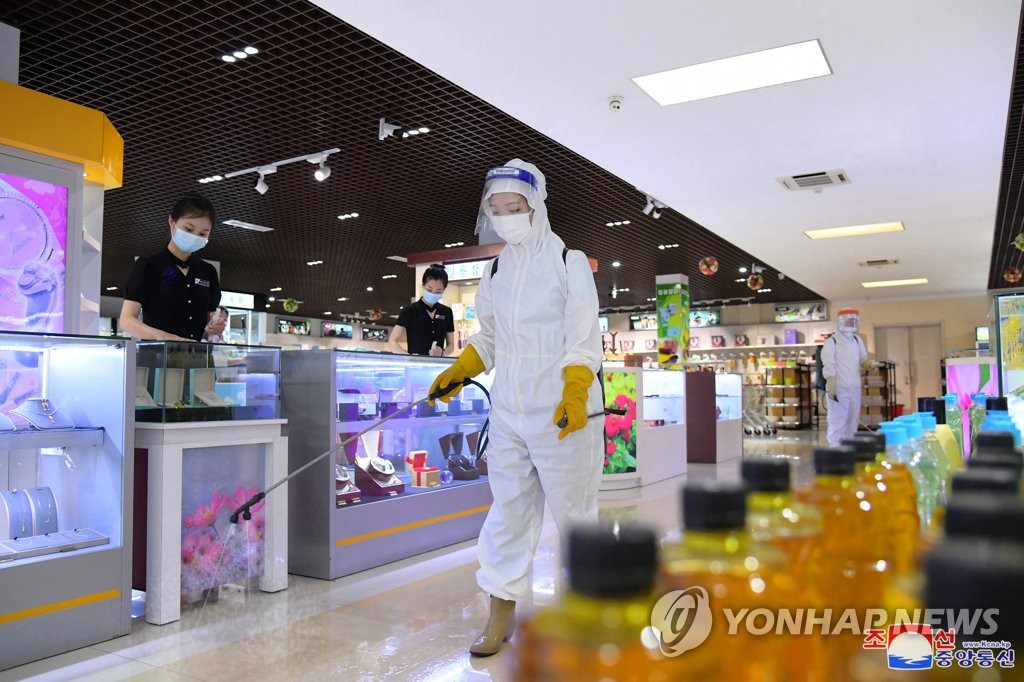 On May 12, the North announced its first confirmed coronavirus case and the daily fever count peaked at 392,920 three days later. It has since been on a downward trend, as Pyongyang said Saturday there had been no new fever case for the first time since the outbreak.

The KCNA said in a separate English-language report later Sunday, the North is "dynamically" waging an "anti-epidemic campaign to hasten its victory."

"Measures have been taken to differentiate the common cold from the malignant epidemic via multiple testing," it reported. "Quality inspection to scientifically confirm the state of the attainment of biological safety standards of test equipment for different indices made by various units is completed and work to make and issue relevant guides is pushed ahead with. And research is intensified to analyze data on monkeypox and perfect its test method."
(END)