SEOUL, July 31 (Yonhap) -- The ruling People Power Party (PPP) acting chairman and floor leader said Sunday he has tendered his resignation from the acting chief, as three lawmakers quit the party's Supreme Council amid speculation it could lead to the party switching to an emergency leadership system.

Kweon Seong-dong made the remarks in a Facebook post hours after Rep. Cho Su-jin of the PPP said she was stepping down as a council member. The moves come two days after the resignation of Rep. Bae Hyun-jin from the council.

Shortly after Kweon offered to resign from the acting chief, a third council member, Rep. Yoon Young-seok, said he stepped down from the council, reinforcing views that the PPP could transform itself into an emergency leadership system.

"I will give up my role as the acting chairman," Kweon said. "I will make every effort to swiftly make the transition to an emergency committee system."

The departure of the three lawmakers came as many party members have raised questions about the leadership of acting chairman and floor leader Kweon after he was caught on a press camera exchanging texts with the president and carelessly exposed Yoon's criticism of suspended party chief Lee Jun-seok.

Kweon took over as acting leader of the party early this month after Lee had his party membership suspended for six months over allegations that he received sexual services paid for by a businessman in 2013 and attempted to cover it up after the allegations surfaced late last year. 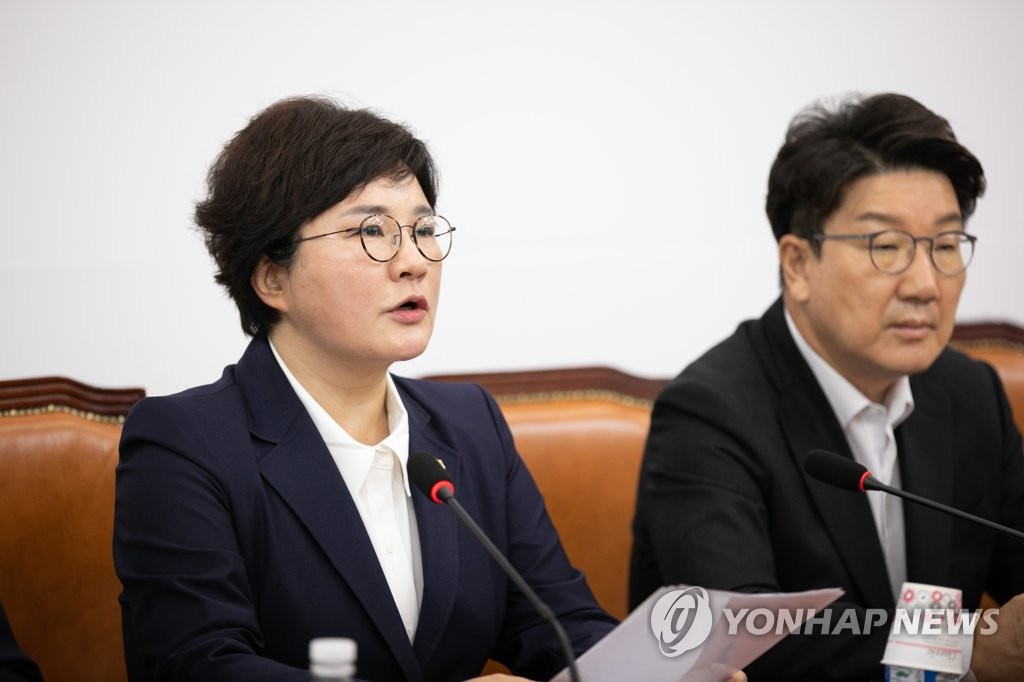 Kweon is known as one of Yoon's closest confidants called Yoonhaekgwan -- an abbreviation of "Yoon Suk-yeol's core associates" in Korean -- that also include Reps. Chang Je-won and Yoon Han-hong of the same party.

"The so-called Yoonhaekgwan seniors should also reflect deeply on the root causes of the overall crisis," Cho said.

At least half of the nine Supreme Council members must quit for the council to be dissolved.